Our three award winning speakers kick off our return to Berwins Salon North.  After two years away we are thrilled to be back as we start our season with a quest to understand the most mysterious object in the universe: the human brain. Scientist and historian Professor Matthew Cobb reveals how we can create artificial memories in mice and to build AI programmes capable of cognitive feats, but what does this really mean for what we know about our own brain? Dr Pragya Agarwal will teach us about our own unconscious bias and how it has impacted our jobs, futures and even our romantic relationships, as well as what happens in our brains when we are biased and if we don’t know we are, how can we responsible for it?

Our final speaker Dr Jennifer Wild will teach us about seven key tools to transform the stress and fears in our own lives, and the science of why they work. 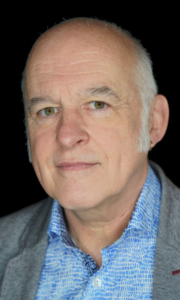 The Idea Of The Brain

Matthew Cobb is Professor of Zoology at the University of Manchester where his research focuses on the sense of smell, insect behaviour and the history of science. His books include The Egg & Sperm Race and acclaimed accounts of the French Resistance during the Second World War and the liberation of Paris in 1944.

His latest book, The Idea of The Brain was shortlisted for the Baillie Gifford Prize 2020.

It’s the story of our quest to understand the most mysterious object in the universe: the human brain.

Today we tend to picture it as a computer. Earlier scientists thought about it in their own technological terms: as a telephone switchboard, or a clock, or all manner of fantastic mechanical or hydraulic devices. Could the right metaphor unlock the its deepest secrets once and for all?

Galloping through centuries of wild speculation and ingenious, sometimes macabre anatomical investigations, scientist and historian Matthew Cobb reveals how we came to our present state of knowledge. Our latest theories allow us to create artificial memories in the brain of a mouse, and to build AI programmes capable of extraordinary cognitive feats. A complete understanding seems within our grasp.

But to make that final breakthrough, we may need a radical new approach. At every step of our quest, Cobb shows that it was new ideas that brought illumination. Where, he asks, might the next one come from? What will it be? 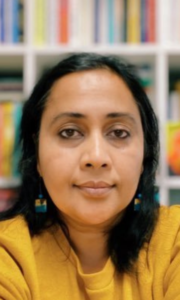 Dr Pragya Agarwal is a behavioural and data scientist, who was a senior academic in US and UK universities for over 15 years and held the prestigious Leverhulme Fellowship. She is now visiting professor of Social Inequities at Loughborough University, and founder of research think-tank ‘The 50 Percent Project’ that examines gender and racial inequities around the world. Pragya is the author of a number of scholarly articles, and three non-fiction books. ‘Sway: Unravelling Unconscious Bias’ was published in 2020 with Bloomsbury and was nominated one of best popular science books of 2020, Guardian Book of the Week and shortlisted for the Transmission Prize. ‘Wish We Knew What To Say: Talking With Children about Race’ was also published in 2020 and ‘(M)otherhood: On the choices of being a woman’ was published in June 2021. Her next book HYSTERICAL is out in September 2022.

Besides non-fiction books for adults, Pragya has also recently written her first book for children titled ‘Stand up to Racism’ published by Hachette. Her writing has appeared in Guardian, Prospect, Forbes, BBC Science Focus, Scientific American and New Scientist amongst others, and her creative non-fiction writing also appears in several literary magazines. She is a two-time TEDx speaker and has appeared on BBC Woman’s Hour. NPR, Radio 5 live, BBC Breakfast, ABC and many other international media platforms. 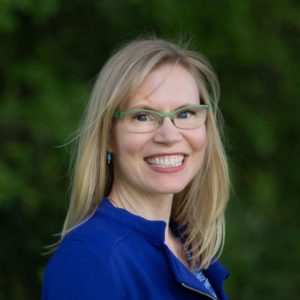 Dr Jennifer Wild is a consultant clinical psychologist, associate professor and NIHR Oxford Health BRC Senior Research Fellow at the University of Oxford.  She is an international expert on how to build resilience to stress and trauma.

Dr Wild develops and evaluates evidence-based interventions to prevent post-traumatic stress for police officers, paramedics, firefighters and most recently, frontline healthcare workers. Her programmes are being adapted for services across England and Australia.

Dr Wild has worked in an advisory role to the Cabinet Office on best practice for developing preventative interventions for individuals, such as emergency responders, who are regularly exposed to trauma. She has published widely and written science news for Nature, BBC Health, New Statesman, The Times, and The Sunday Times.

Author of Be Extraordinary: 7 Key Skills to Transform your Life from Ordinary to Extraordinary, Dr Wild applies science to understanding and transforming stress and fear. The documentary, Vertigo Road Trip, in which she treats five people to overcome anxiety and lead extraordinary lives, aired on BBC One, attracting 2.2 million viewers. Dr Wild regularly appears on BBC, Sky and CNN giving advice rooted in science on how to overcome difficulties linked to stress and trauma.