A Hare-Marked Moon: From Bhutan to Yorkshire with the Earl of Harewood David Lascelles | 23 October 2022 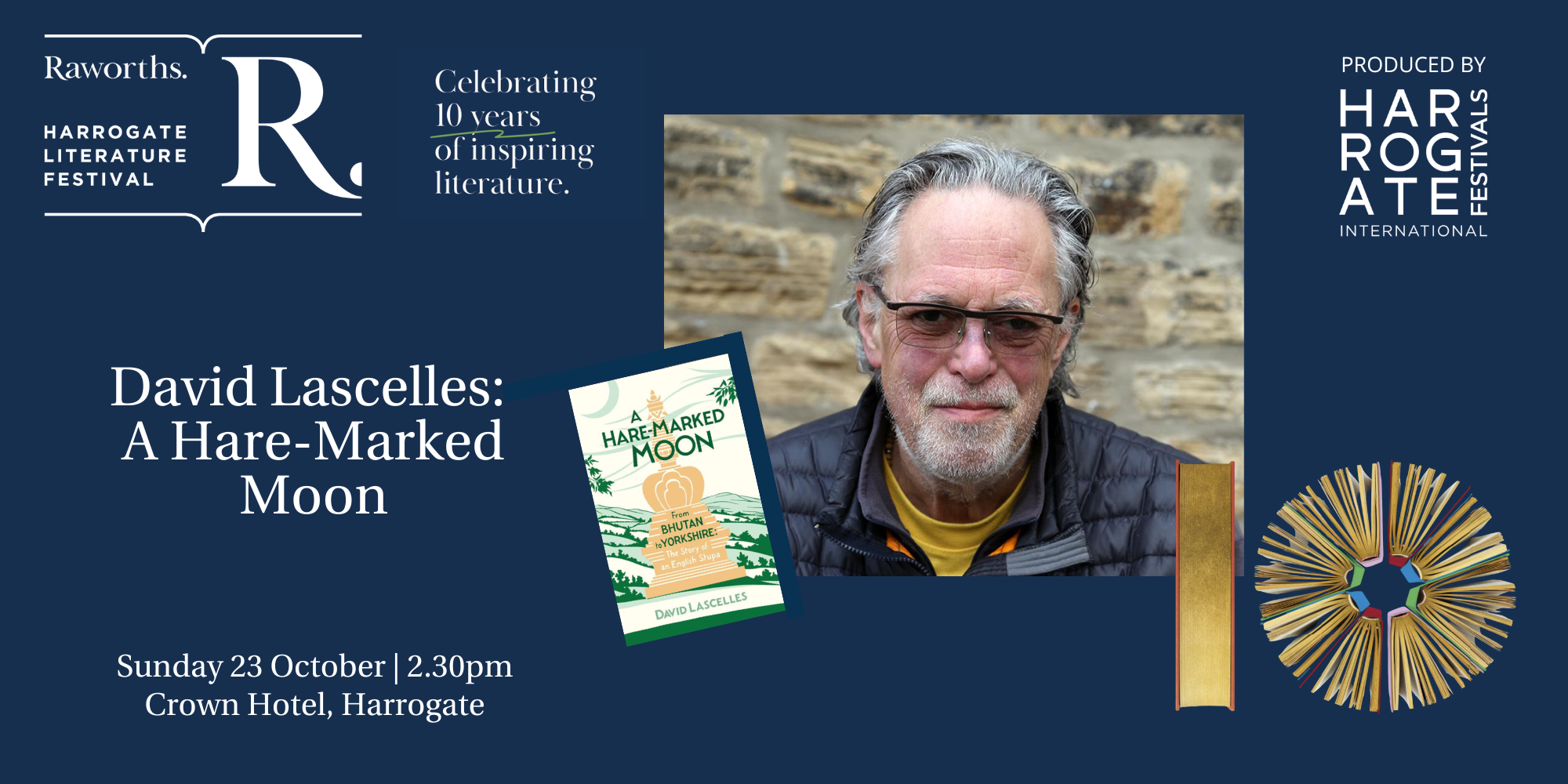 A Hare-Marked Moon: From Bhutan to Yorkshire with the Earl of Harewood David Lascelles

In the spring of 2004, David Lascelles, 8th Earl of Harewood, invited a group of monks from Bhutan to build a stupa in the gardens of Harewood House in Yorkshire. It was a step into the unknown for the Bhutanese. They didn’t speak any English, had never travelled outside their own culture, had never flown in an airplane or seen the ocean.

Theirs was one kind of journey. But the project was also another kind of voyage for David: an attempt to reconcile a deep interest in Buddhism with the 250 years that his family has lived at Harewood, the country house and estate originally built on money derived from the slave trade that he has loved, rejected, tried to make sense of and been haunted by all his life. In Buddhist thought, stupas are believed to harmonise an environment by subduing the chaos at work there. Would this stupa have a similar effect, quelling the chaotic forces of Harewood’s past and harmonising the contradictions of its present?

Join filmmaker Judi Alston for an introduction to and viewing of her film, The Making of an English Stupa, and hear the stories of David’s travels in the Himalayas, delving into the rich and turbulent history of the region, and the beliefs that have shaped it.