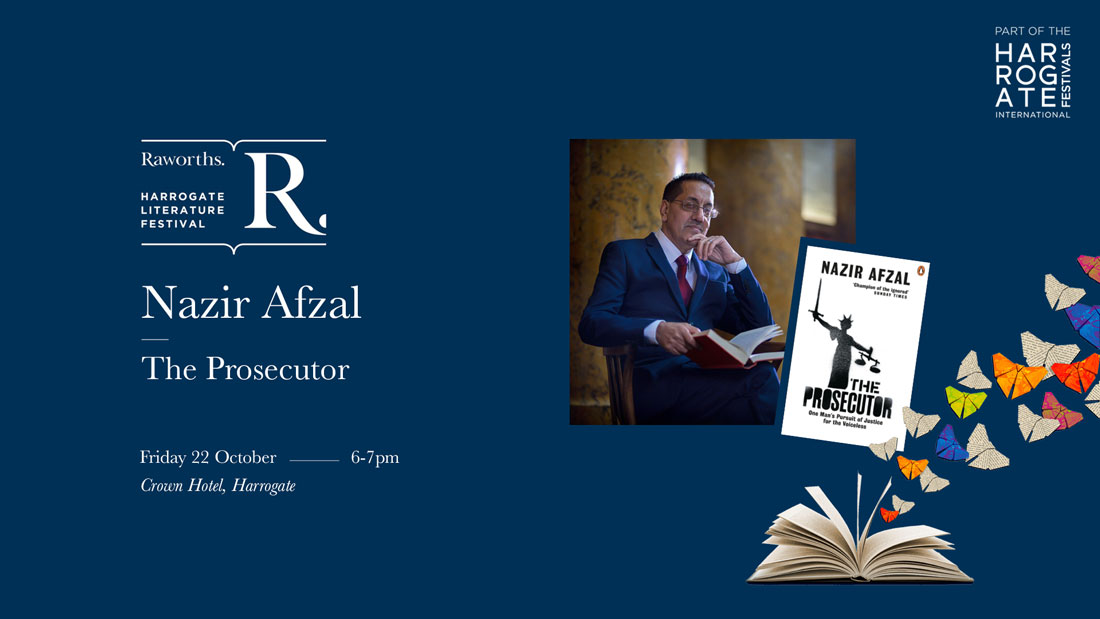 As a Chief Prosecutor, it was Nazir Afzal’s job to make sure the most complex, violent and harrowing crimes made it to court, and that their perpetrators were convicted. From the Rochdale sex ring to the earliest prosecutions for honour killing and modern slavery, he was at the forefront of the British legal system for decades. He’ll share a story that began in Birmingham, in the sixties, as a young boy facing racist violence – events which set him on the path to his ground breaking career, and which enable him to help communities that the conventional justice system ignores and give a voice to the voiceless.

Sharing stories from his memoir The Prosecutor he will be interviewed by Matt Stadlen.