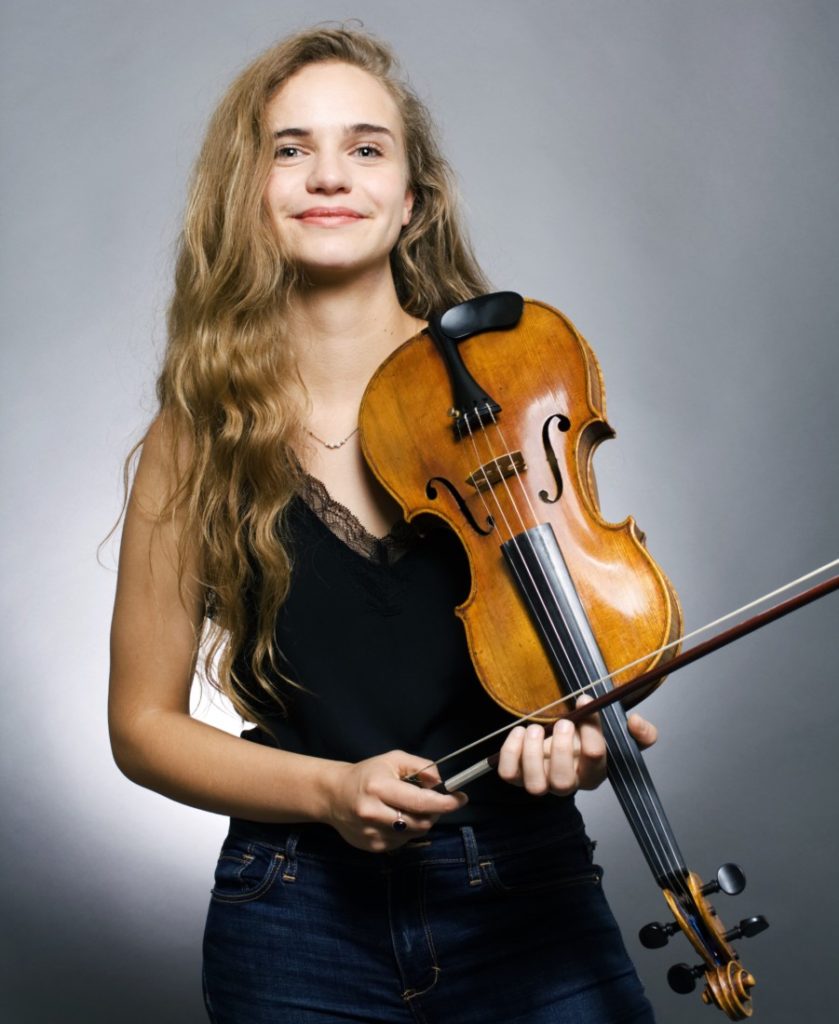 Tickets available on the door

Online bookings have now closed, tickets are available on the door.

Recent highlights include appearances at Wigmore Hall, a BBC Prom with the dynamic 12 Ensemble, and a performance of the Franck Piano Quintet at the Gstaadt Festival with Alina Ibragimova, Lawrence Power, Sol Gabetta and Bertrand Chamayou. Her debut album for Champs Hill records of music for solo violin is due for release later this year.

An avid chamber musician, Charlotte has taken part in Open Chamber Music at IMS Prussia Cove, the Santander Encuentro Festival, East Neuk Festival, the Musethica Festivals in Zaragoza and Berlin, the Evian Festival in France and Stift Festival in Holland.

She is leader of the Quatuor Confluence, First Prize-winners at the Trondheim Int. String Quartet Competition and are currently young artist in residence at the Fondation Singer-Polignac in Paris. The Quartet studies with Mathieu Herzog (founder member of the Quatuor Ébène).

Born in France, this summer Charlotte completes her Master’s degree at the Royal College of Music in London with Alina Ibragimova. Prior to this she studied in Montpellier, and with Natasha Boyarsky at the Yehudi Menuhin School in Surrey.

Thomas Kelly  began playing the piano aged 3, and in 2006 became Kent Junior Pianist of the Year and attained ABRSM Grade 8 with Distinction. Aged 9, Thomas performed Mozart Concerto No. 24 in the Marlowe Theatre with the Kent Concert Orchestra. After moving to Cheshire, he regularly played in festivals, winning prizes including in the Birmingham Music Festival, 3rd prize in Young Pianist of The North 2012, and 1st prize in WACIDOM 2014.

For the last few years Thomas studied with Andrew Ball, firstly at the Purcell School of Music and then at the Royal College of Music. Thomas began studying with Dmitri Alexeev in April 2021, with whom he will continue whilst studying Masters at the RCM.

Take a look at our upcoming music events: