An Interview With: Erin Kelly

Longlisted for the Theakston Old Peculier Crime Novel of the Year Award 2022, Erin Kelly joins Harrogate International Festivals and host Joe Haddow, to talk about his book, Watch Her Fall.

I WATCHED HER RISE

Ava has devoted her life to being the best at what she does. Now she’s at the top, she has the world at her feet.

I TRACKED HER EVERY MOVE

Except, the feeling of success isn’t what Ava expected. She’s lonely and paranoid – and terrified. Because someone is watching her. A rival who wants what she has and is prepared to kill to get it.

AND NOW I’LL WATCH HER FALL

Erin Kelly is the Sunday Times bestselling author of The Poison Tree, The Sick Rose, The Burning Air, The Ties That Bind, He Said/She Said, Stone Mothers/We Know You Know, Watch Her Fall and Broadchurch: The Novel, inspired by the mega-hit TV series. In 2013, The Poison Tree became a major ITV drama and was a Richard & Judy Summer Read in 2011. He Said/She Said spent six weeks in the top ten in both hardback and paperback, was longlisted for the Theakston Old Peculier Crime Novel of the Year Award 2018, and selected for both the Simon Mayo Radio 2 and Richard & Judy Book Clubs. She has worked as a freelance journalist since 1998 and written for the Guardian, The Sunday Times, Daily Mail, New Statesman, Red, Elle and Cosmopolitan. Born in London in 1976, she lives in north London with her husband and daughters. 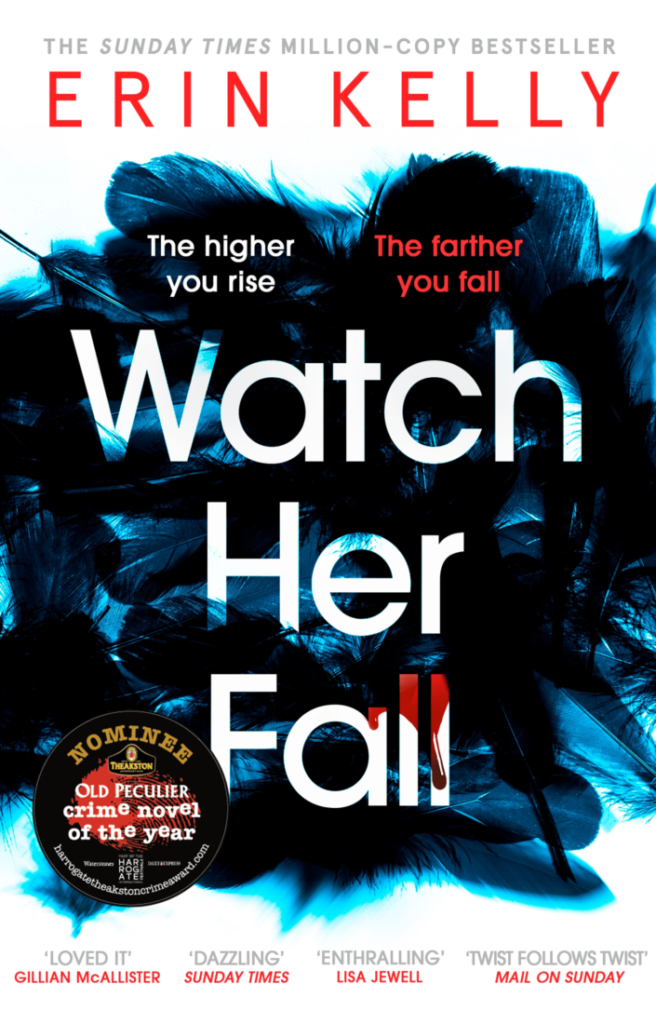 BUY THE BOOK
For more information about this year’s awards, including how to vote, visit our Theakston Old Peculier Crime Novel of the Year Award website here.
2022-05-17T11:58:53+01:00