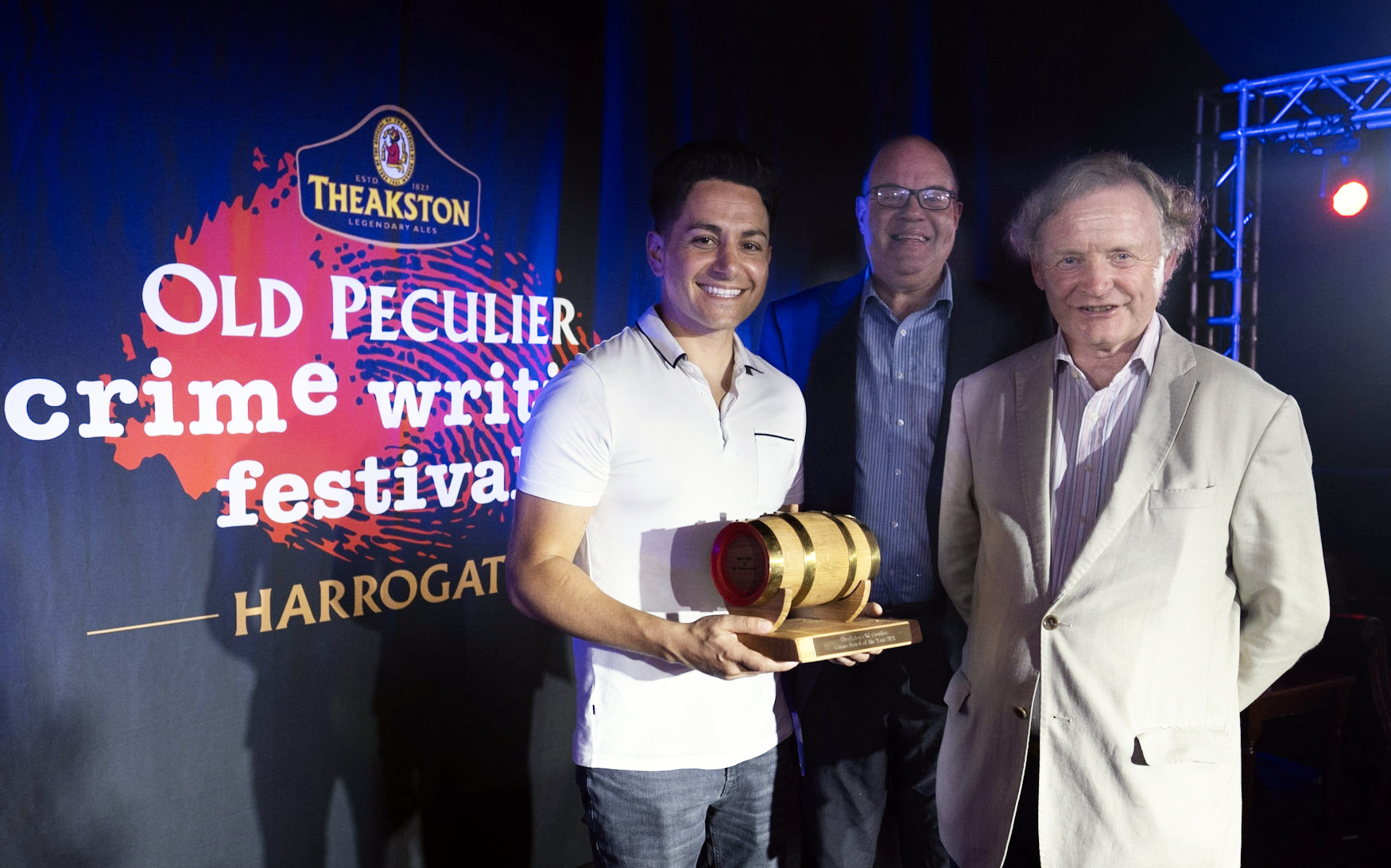 A powerful story of crime, punishment, love and redemption set in coastal California, We Begin at The End is credited by Whitaker as saving his life after being brutally mugged and stabbed as a teenager.

Whitaker has clinched the title on his very first nomination after being chosen by a public vote, the prize Academy and a panel of expert judges, receiving £3,000 and an engraved oak beer cask, hand-carved by one of Britain’s last coopers from Theakstons Brewery.

An unprecedented decision has been taken to recognise Northern Irish author Brian McGilloway’s exceptional political thriller The Last Crossing as Highly Commended. McGilloway will also receive a handmade, engraved beer barrel provided by Theakston Old Peculier for his novel which explores The Troubles from the perspective of former operatives who like to think they have moved on.

Executive director of T&R Theakston, Simon Theakston, said: “The contest for this year’s Theakston Old Peculier Crime Novel of the Year award has been fiercely fought – a reflection of the outstanding quality of all the longlisted and shortlisted crime fiction published within the last year. I offer Chris Whitaker my hearty congratulations for clinching the title on his first ever nomination for his powerful and insightful We Begin at the End.”

Gary Jones, Express Editor-in-Chief, said: “It’s a great pleasure to be associated with the world’s most famous celebration of crime writing and we’re thrilled the Theakston Old Peculier Festival is back this year in the flesh and better than ever. Congratulations to all the shortlisted authors for crime book of the year and especially to winner Chris Whitaker.”

Special presentations were also made to Ian Rankin OBE and Mark Billingham, the winners of the Theakston Old Peculier Outstanding Contribution to Crime Fiction Award for 2021 and 2020, respectively.

Simon Theakston added: “It was an absolute pleasure to award crime fiction legends Ian Rankin and Mark Billingham with the Theakston Old Peculier Outstanding Contribution to Crime Fiction Award 2021 and 2020 respectively. They are two titans of crime fiction and richly deserving of this latest recognition of their mastery of the genre.”

Ian Rankin OBE, recipient of Theakston Old Peculier Outstanding Contribution to Crime Fiction Award 2021, said: “It’s such a privilege and an honour to receive this award, and especially to be in Harrogate to receive it in person. I’ve been a published writer for over thirty years but this past year has been uniquely challenging – for writers, readers and booksellers. It’s heartening to see the Theakston Festival rise like a phoenix. Books continue to provide us with that wonderful mix of food for thought and escapism. I couldn’t be prouder to be a crime writer.”

Mark Billingham, recipient of Theakston Old Peculier Outstanding Contribution to Crime Fiction Award 2020, said: “It goes without saying that – presuming it’s not some sort of administrative error – this is an enormous honour. I’m as gobsmacked as I am grateful to be joining a list containing the likes of Ruth Rendell, PD James and Lee Child and while there are many individuals to whom I’m hugely indebted, first and foremost I want to say ‘thank you’ to the readers. Without them, there’s no point to any of it.”

The award is run by Harrogate International Festivals sponsored by T&R Theakston Ltd, in partnership with WHSmith and the Express, and is open to full length crime novels published in paperback 1 May 2020 to 30 April 2021 by UK and Irish authors. The longlist was selected by an academy of crime writing authors, agents, editors, reviewers, members of the Theakston Old Peculier Crime Writing Festival Programming Committee, and representatives from T&R Theakston Ltd, the Express, and WHSmith.