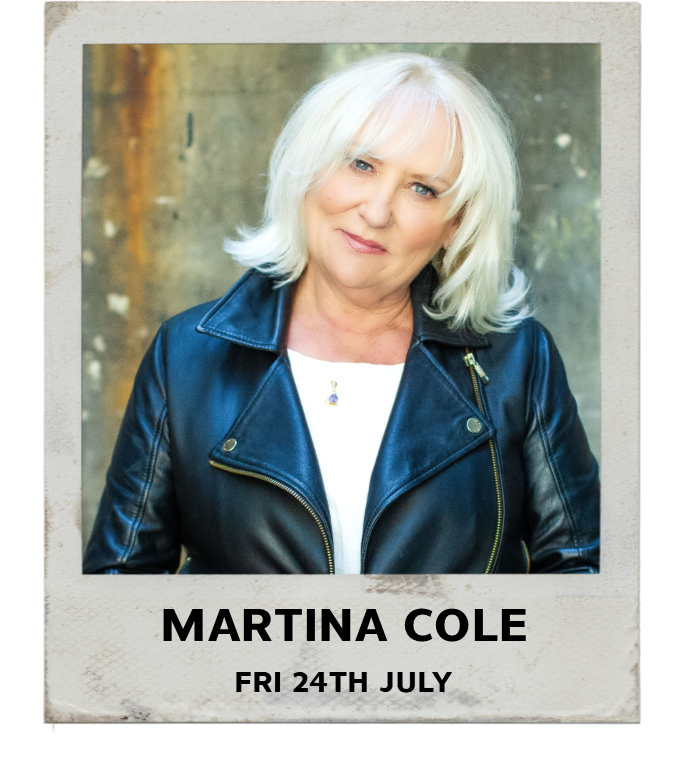 A former punk, an Essex blonde, the daughter of Irish immigrants, and one of the authors keeping British publishing afloat, Martina Cole is the bestselling British-born female crime writer since Nielsen records began.

Cole’s debut novel Dangerous Lady caused a sensation when it was first published in 1992, and now 25 novels and 27 years later, she is an undisputed titan of crime drama. 4 of her novels have been adapted for screen, and 3 as stage plays, with her award-winning book The Take being adapted as a series for Sky1. 15 of her novels have been bestsellers, and she has sold 13 million books worldwide. Her books are among the most-requested in prison libraries: a testament to the rare authenticity of her writing, and a pace that would leave a soap opera shaking.

Elly Griffiths describes one of her characters, Dr Ruth Galloway, striding out towards her out of the mist above the Titchwell Marsh in Norfolk back in 2009, and the author has not stopped delighting her ardent fans ever since.

Forged in the fires of the publishing industry, Griffiths wrote her first novel, The Italian Quarter, in 1998 under her own name, but didn’t become Elly Griffiths until the publishing of the sensational The Crossing Places over a decade later. Her wide-ranging bestselling novels have propelled her to the halls of crime fiction superstardom, winning the CWA Dagger in the Library and being shortlisted three times for the Theakston Old Peculier Crime Novel of the Year Award. Fans have plenty to enjoy with Griffiths’ compelling writing whether you prefer a Dr Ruth Galloway novel, a Stephens and Mephisto novel, or one of her many accomplished standalone novels. 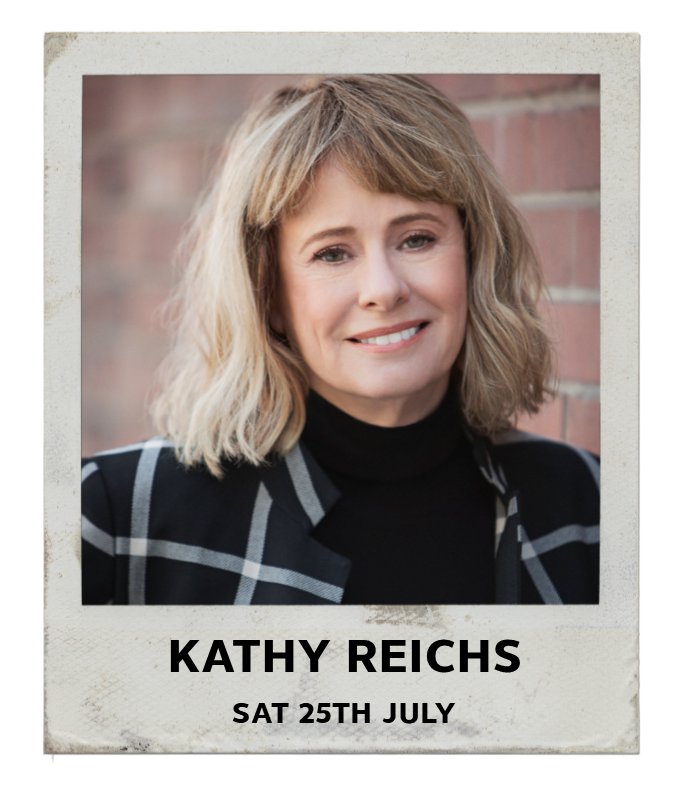 They say write what you know, and Kathy Reichs took it to heart: from teaching FBI agents how to detect and recover human remains, to separating and identifying body parts in her lab, Reichs has brought her own dramatic work experience as a forensic anthropologist to her incredible forensic thrillers and earned legions of fans in the process.

Alongside her work which has included assisting at the World Trade Center in the aftermath of the 9/11 terrorist attacks and being 1 of only 100 forensic anthropologists ever certified by the American Board of Forensic Anthropology, Reichs has written 21 hit novels. Her first novel Déjà Dead catapulted her to fame in 1997 when it became a New York Times bestseller and snapped up the Arthur Ellis Award for Best First Novel. Since then, her beloved Temperance Brennan series has been translated into 30 languages, echoing Reichs’ own real-life experiences, and she co-wrote the successful Virals young adult series with her son, Brendan Reichs. You may also know her as a producer for the TV series Bones, which is loosely based on her novels – and her incredible life. 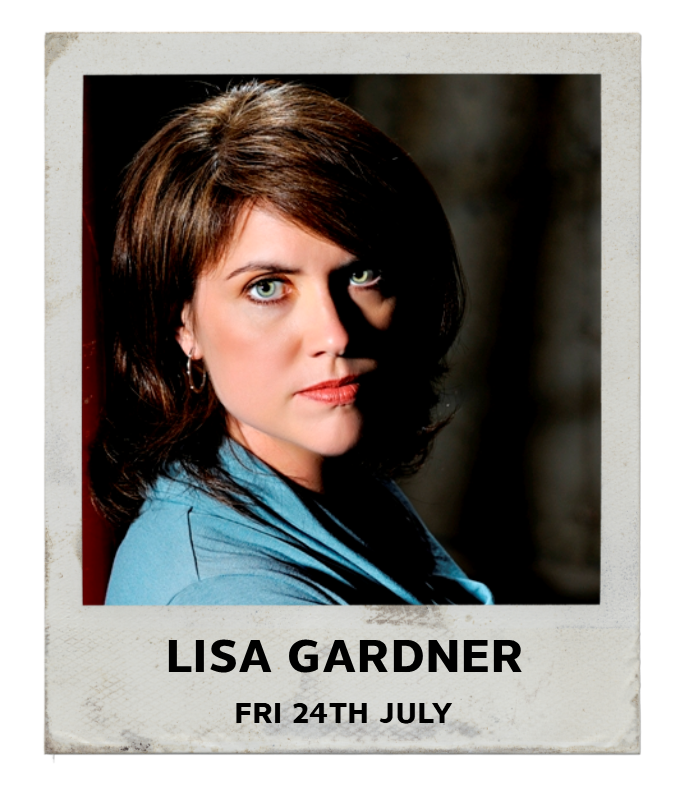 There isn’t much room for any more awards on Lisa Gardner’s shelf – her 20 successful novels, which have been published across 30 countries, have nabbed coveted prizes like Best Hardcover Novel from the International Thriller Writers, and the Grand Prix des Lectrices de Elle in France.

If you ask Gardner where she gets her ideas from, she might say, “I suspect I was dropped on my head a lot as a child.” A self-described research junkie, Gardner managed to research her way from a food server to research analyst to one of the best-known and best-loved authors of the police procedural in the world, selling her first novel at the age of just 20.

Her prolific writing means that fans can choose between her FBI Profiler series, her Detective D.D. Warren series, her Tessa Leoni series and her standalone novels, all of which have been released to critical acclaim. 4 of her books have been made into movies and she received the Silver Bullet Award in 2017 for her charitable work. 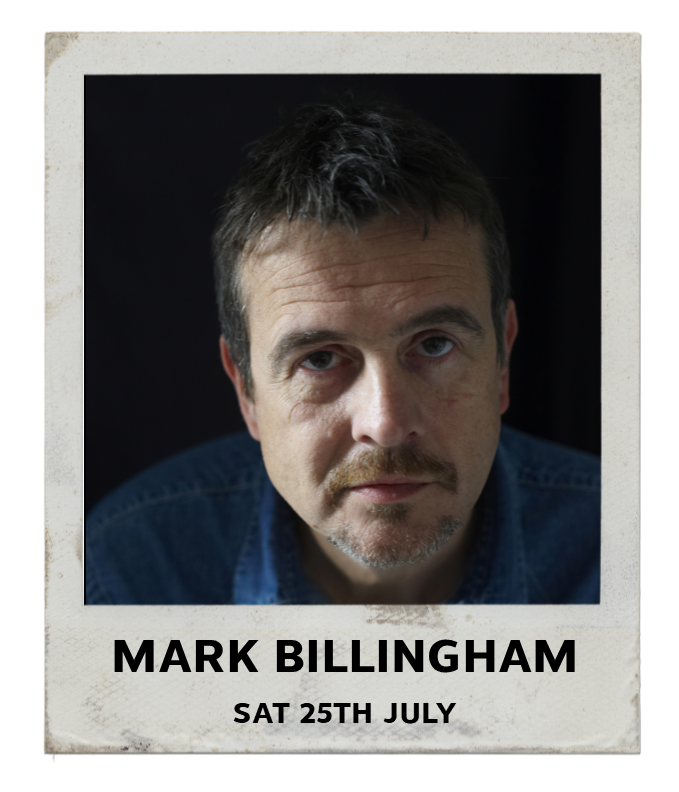 If you recognise Mark Billingham’s face, it may well be for his multitude of TV appearances, his stand-up, his roles in various band line-ups… or it may be for his incredible Tom Thorne thrillers, which have earned him the Theakston Old Peculier Crime Novel of the Year Award in 2009 and the Sherlock Award in 2003, as well as spots on countless awards shortlists including the CWA Gold Dagger Award and the Crime Thriller of the Year Award.

After spending years as an actor, stand-up comedian and TV writer, his first crime novel was published in 2001, becoming an instant bestseller. Sleepyhead has been sold widely throughout the world and was adapted for a successful SkyOne series in 2010. Billingham is no stranger to TV adaptations; In The Dark and Time of Death were both adapted for the BBC in 2018 and his novel Rush of Blood is currently being adapted for TV in the USA.

When he’s not writing bestselling hard-hitting novels, you can also catch Mark in the Fun Lovin’ Crime Writers alongside fellow crime fiction authors – they even played Glastonbury last year! 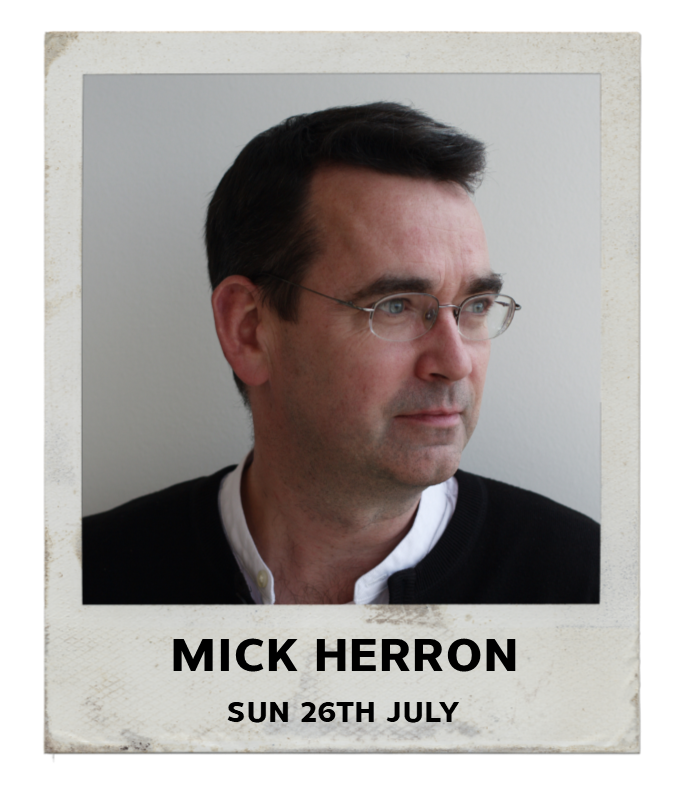 If you want a dark thriller with a wry twist of humour, look no further than Mick Herron. His career launched spectacularly with the creation of Zoe Boehm series back in 2003, following the life of an Oxford private detective, and now he has been lauded as ‘the John le Carré of his generation’ by fellow crime fiction writer Val McDermid.

With the taut writing that betrays his past as a poet and a subeditor, his mean, three-dimensional characters have won fans across the world. His acclaimed Jackson Lamb series earned him the 2014 CWA Goldsboro Gold Dagger, has been shortlisted for the Theakston Old Peculier Crime Novel of the Year, won the Last Laugh Award 2017 and the first of the series, Slow Horses, was hailed by the Daily Telegraph as ‘one of the twenty greatest spy novels of all time’. 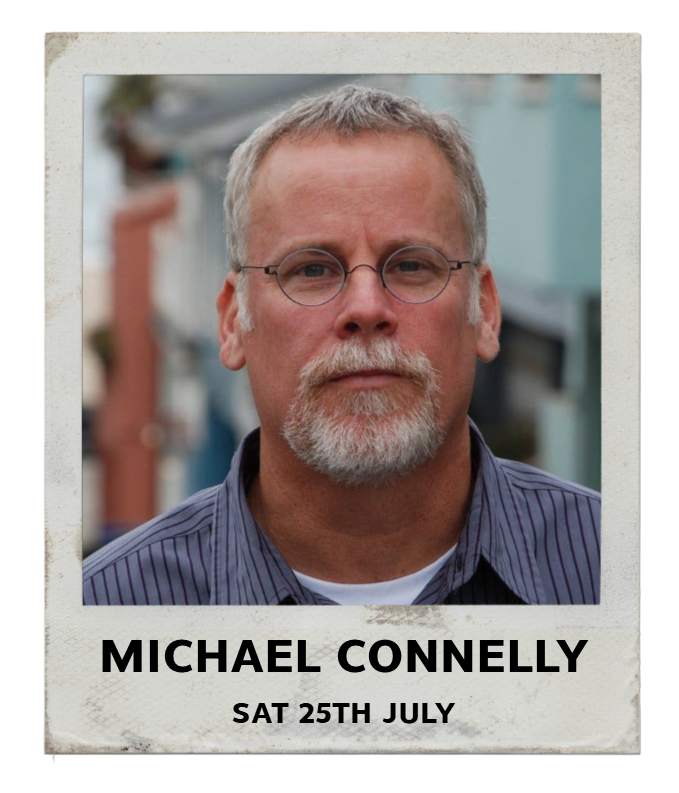 After graduating from the University of Florida in 1980, Michael Connelly worked at newspapers, primarily specialising in the crime beat during the height of the murder and violence wave that rolled over South Florida during the so-called cocaine wars. Drawing on his knowledge from his early days immersed in the seedy underbellies of Daytona Beach and Fort Lauderdale, his very first novel, The Black Echo, won the Mystery Writers of America Edgar Award for Best First Novel in 1992.

Now in 2020, Connelly is the bestselling author of 34 novels; with over 74 million copies of his book sold worldwide and translated into 40 foreign languages, he is one of the most successful authors on the planet. Fans of Bosch on Amazon Prime might recognise Connelly’s name as an Executive Producer and you may even have heard his voice on his podcast, Murder Book. He has had more #1 New York Times bestsellers than he has fingers and his books Blood Work, and The Lincoln Lawyer have both been adapted for the big screen.