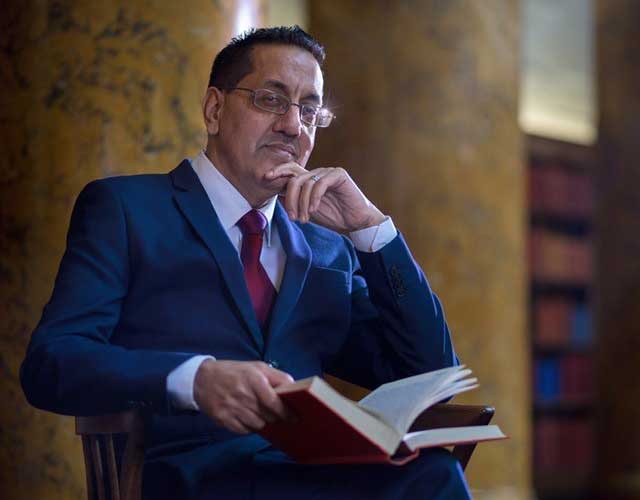 A criminal lawyer who successfully oversaw the prosecution of the Rochdale grooming gang and former BBC presenter, Stuart Hall, is joining the line-up of guest speakers at next month’s Raworths Harrogate Literature Festival.

During a 24-year career, Nazir Afzal OBE, a former Chief Crown Prosecutor for North West England and a former Director in London, has prosecuted some of the most high profile cases in the country and advised on many other.

He had responsibility for more than 100,000 other prosecutions each year, and has led nationally on several legal topics including Violence against Women & Girls, child sexual abuse, and honour-based violence.

Produced by Harrogate International Festivals, Raworths Harrogate Literature Festival is being held at the town’s Crown Hotel between Thursday, October 21, and Sunday, October 24.

Last year, Mr Afzal published his memoir, The Prosecutor, and next September his second book, The Race to the Top: Structural Racism and How to Fight It, hits the bookshelves.

“Whilst putting this year’s programme together under the shadow of Covid has been somewhat challenging, our 2021 line-up of speakers is one of the most impressive to date.

“In addition to thanking them in advance for their attendance, I’d also like to thank Raworths for once again sponsoring this prestigious literary event, one that we can’t wait to deliver.”

Raworths Harrogate Literature Festival, which is being held at Harrogate’s Crown Hotel from, Thursday, October 21 until Sunday, October 24, begins with a literary lunch with BBC correspondent and BAFTA award-winning journalist, Paul Kenyon.
Information about this year’s Raworths Harrogate Literature Festival, and the visiting guest writers, will be published on Harrogate International Festivals’ website at: https://harrogateinternationalfestivals.com/raworths-literature-festival/