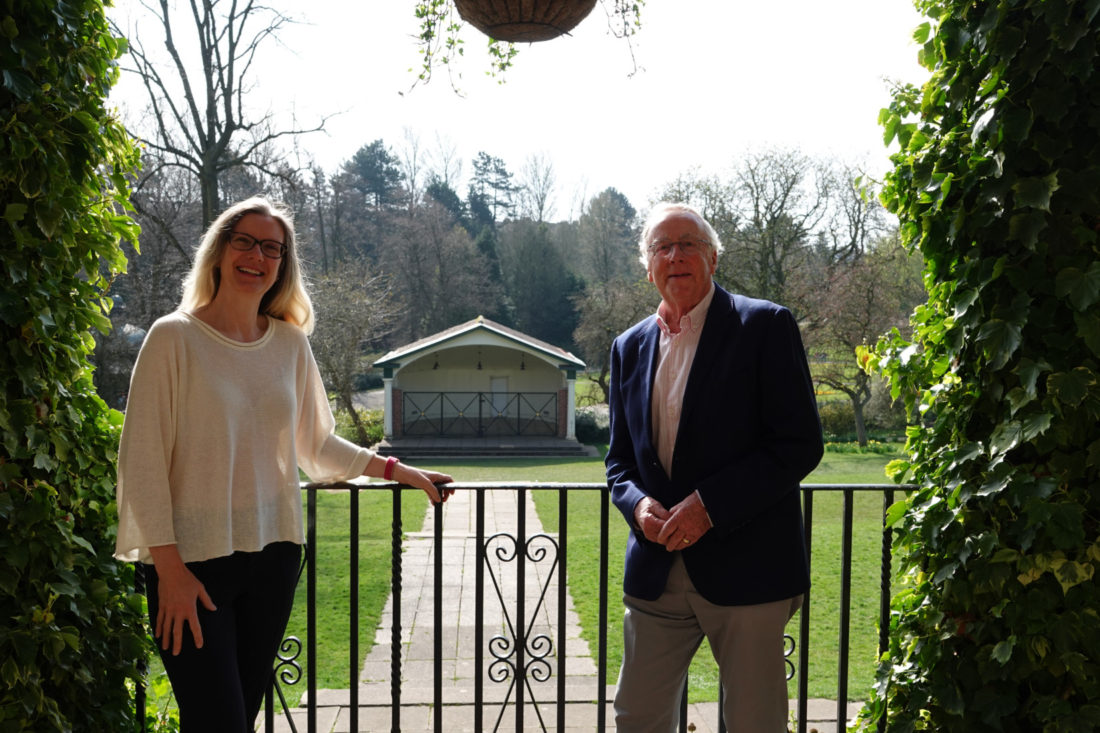 Mr Blackburn, who joined the arts charity as a Trustee in 2003 and served as its Chairman for a decade, takes on the mantle following the death of Dame Fanny Waterman DBE last December.

The charity, which celebrates its 55th birthday this year, is best-known for its summer season of international music and producing the Theakston Old Peculier Crime Writing Festival, alongside a host of events across the year including Berwins Salon North, chamber coffee concerts, and the Raworths Harrogate Literature Festival.

HIF is well known for mixing high profile international names from Amy Winehouse to JK Rowling to finding the next big name in music and writing through their debut platforms for artists and has established a reputation for large scale outdoor events including fire gardens, outdoor cinema and arts installations ensuring arts are available to the community as a whole.

And whilst COVID-19 has devastated its calendar of planned festivals and events, thanks to the continued support of its sponsors it has been able to move many of them onto the digital stage, helping keep the arts alive through the HIF Player platform.

Harrogate International Festivals Chair, Fiona Movley, said: “We are absolutely delighted that Peter has become our Honorary President, joining a long and distinguished list of predecessors holding this office.

“Peter has been a fantastic supporter of Harrogate International Festivals, serving as a generous and driven Trustee. Even after retiring as our Chairman, Peter continued to play a pivotal role as a Vice President.

Peter Blackburn CBE said: “It an absolute pleasure and honour to accept the role of Harrogate International Festivals President. My association with this wonderful arts charity goes back many years and even now the team never fails to surprise me with their inventiveness.

“The last 12 months has been particularly hard on the charity sector and those organisations in the events sector. However, the HIF team’s ingenuity, vision and creativity has meant that on more occasions than not, the ‘show has gone on’, digitally rather than in person.

“We are all looking forward to the day when COVID-19 restrictions are finally lifted, and we can once again enjoy the world-class musical recitals, thought-proving talks and great entertainment for which Harrogate International Festivals is renowned.”

Yorkshire born and bred, Peter Blackburn graduated from Leeds and Poitiers Universities (and later Harvard Business School). After qualifying as a Chartered Accountant in Bradford, his career was in the Food Industry starting at Mackintosh’s which merged with Rowntrees in1969, becoming a Director in 1982. After the acquisition of Rowntree by Nestlé in June 1988, he became Chairman and Chief Executive of Nestlé UK and for a period President – Directeur Général of Nestlé France. Following retirement from Nestle in 2001, he was Chairman of Northern Foods plc and a non-executive director of SIG plc and Compass Group PLC. He is a past President of both the Food and Drink Federation, and the Incorporated Society of British Advertisers (ISBA) and also has honorary doctorates from Bradford and Leeds Beckett Universities.