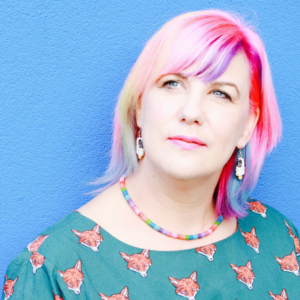 Revolutionary women in history, how they have paved the way for empowered women of the 21st Century, and what we can do today to avoid being side-tracked by culturally learned behaviours, will be examined at this month’s Berwins Salon North.

And the three speakers delivering April’s Salon, Uncontrollable or Revolutionary? – Anne Dickson, Kate Fox and Nan Sloane – are all remarkable in their own right!

Voted number six in the ‘Top 100 Things to do in the World’ by GQ magazine, Salon North is sponsored by Harrogate law firm, Berwins, and produced by Harrogate International Festivals. It is being held on Thursday, April 21, at The Crown Hotel, and hosted by Helen Bagnall.

First on the Berwins Salon North stage is psychologist, counsellor, trainer and writer Anne Dickson. She will explore the art of assertiveness and the ‘Compassion Trap’ of being governed by a desire to please, whilst also looking at how clear, honest and direct communication can teach us to take charge of our own feelings and behaviour, without blaming others.

Kate Fox, who works mainly as a stand-up poet and as a broadcaster and speaker, will take the audience on an entertaining and eye-opening journey through the lives of extraordinary Northern women; from rebels to writers to astronauts, whose lives and achievements have too long been hidden.

The final speaker is Nan Sloane, an author, trainer and speaker with an interest in the role of women in the public space, particularly in politics and the Labour Party.

She will be bringing to light forgotten female heroes of history, many of whom played a part in developing political ideas and freedoms as we know them today, and dissecting why they have frequently been pushed into asides or footnotes, dismissed as secondary, or spoken over, for, or through by men and sometimes other women.

“Our forthcoming Berwins Salon North promises another superb evening of thought-provoking talks, designed to make the audience really sit up and think, and delivered by three equally impressive speakers.

“As ever I want to say a huge thank you to Berwins for their sponsorship of these evenings of TED-style talks, which continue to help cement Harrogate’s position on the country’s cultural map.”

The final Berwins Salon North of the 2022 Spring Season takes place on Thursday, May 19.

Tickets for the event, priced at £16, are available from the Harrogate International Festival website here or by calling the Box Office on 01423 562303.