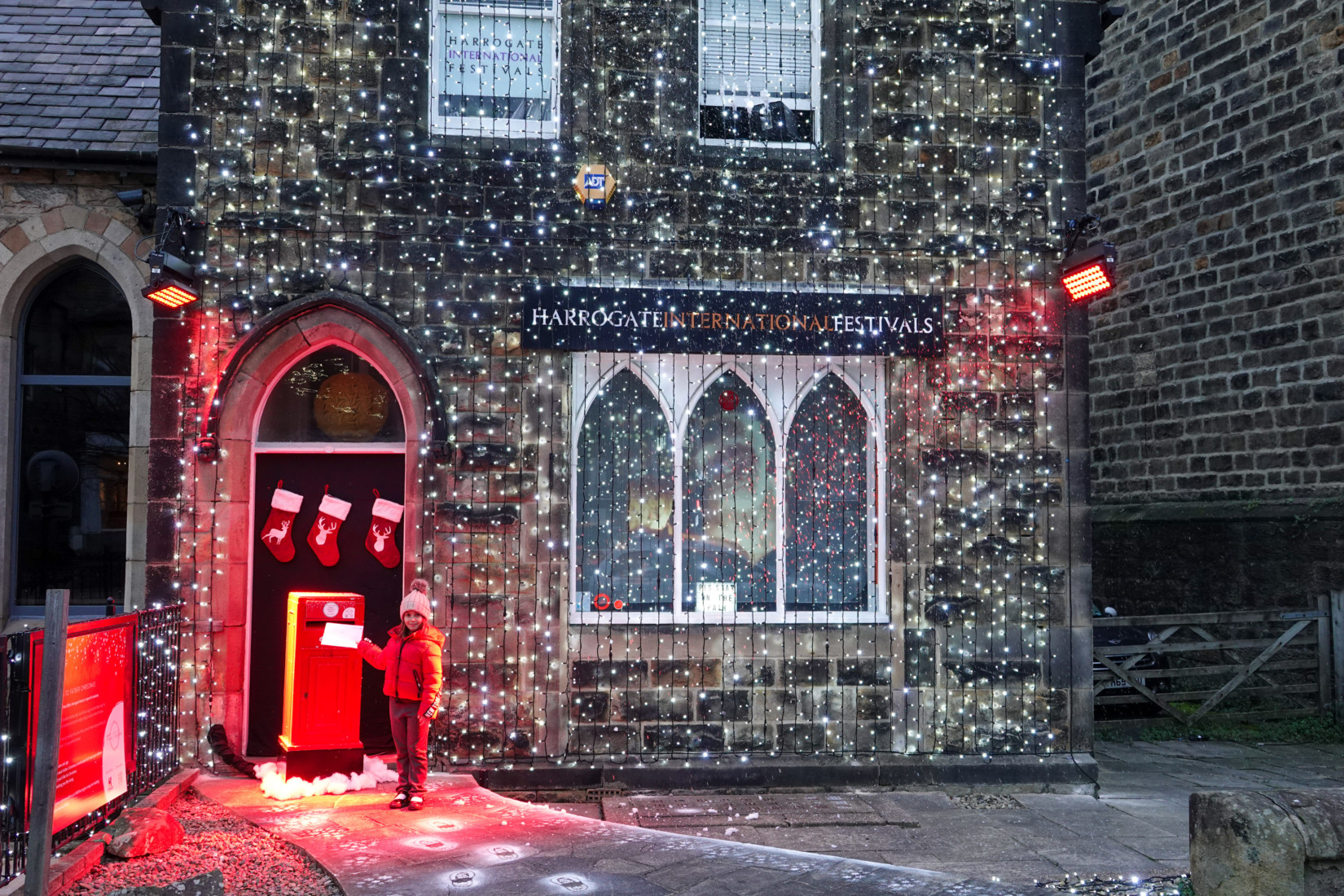 Children denied the opportunity to visit Santa this month will be able to send him letters via a newly opened post office in Harrogate town centre.

Harrogate International Festivals has given its Cheltenham Parade office a magical seasonal makeover to create the North Pole Post Office, complete with snow flurries, Christmas music and Father Christmas himself appearing in the window. The festive feature – designed to bring some much-needed winter cheer to the town and its younger residents in particular – will be open for businesses right up to Christmas Eve.

The North Pole Post Office has been sponsored by Harrogate BID as part of its ‘Harrogate at Christmas’ campaign, and is its third collaboration this year with the arts charity to bring entertainment and events to Harrogate town centre in a Covid-safe way. Children posting letters are asked to include their name, age, what they would like for Christmas and something they like doing. And for those who would like Father Christmas to write back, they also need to include their address.

“Because Santa’s grottos will be few and far between this Christmas, we are inviting the town’s children to write a letter to Father Christmas and then come and pop it into our special post box, situated in the front of our Cheltenham Parade office.

“Covid has meant that none of the festivals and events we are famed for have been able to go ahead this year, and we are grateful to Harrogate BID for their sponsorship.

“The North Pole Post Office is ‘open’ now until Christmas Eve, so there is plenty of time to visit it and no need to rush. We’ll make sure your letter gets to the man himself and he may even write back!

“We are asking those to using our pop-up post office to share their pictures with us at @HarrogateFEST and @BIDHarrogate using the hashtag #NorthPolePostOffice .

“And naturally we would also ask that social distancing is adhered to at all times. The last thing we want is Father Christmas and his elves coming down with Covid!”

“We are delighted to be partnering with them for this end of year treat for children. It is a feature of our ‘Harrogate at Christmas’ campaign, designed to bring residents into town all through the week, not just at the weekend when it’s at its busiest.

“This year, more than ever, it’s vital to encourage people to come into Harrogate to do their Christmas shopping. For our part, we have taken responsibility for the Christmas lights, sponsored the Rotary Club of Harrogate’s Christmas Shop Window competition and sponsoring Harrogate Mumbler’s children’s Christmas trail competition.

“Additionally, we are again partnering with bus operator Transdev to sponsor the ‘Sunday Freeway’, and launching a ‘free after three’ December car parking initiative, where motorists arriving after 3pm will be able to park for free in the Victoria Car Park on Mondays, Tuesdays, Wednesdays and Thursday from December 7-24.”