An Interview with Joseph Knox 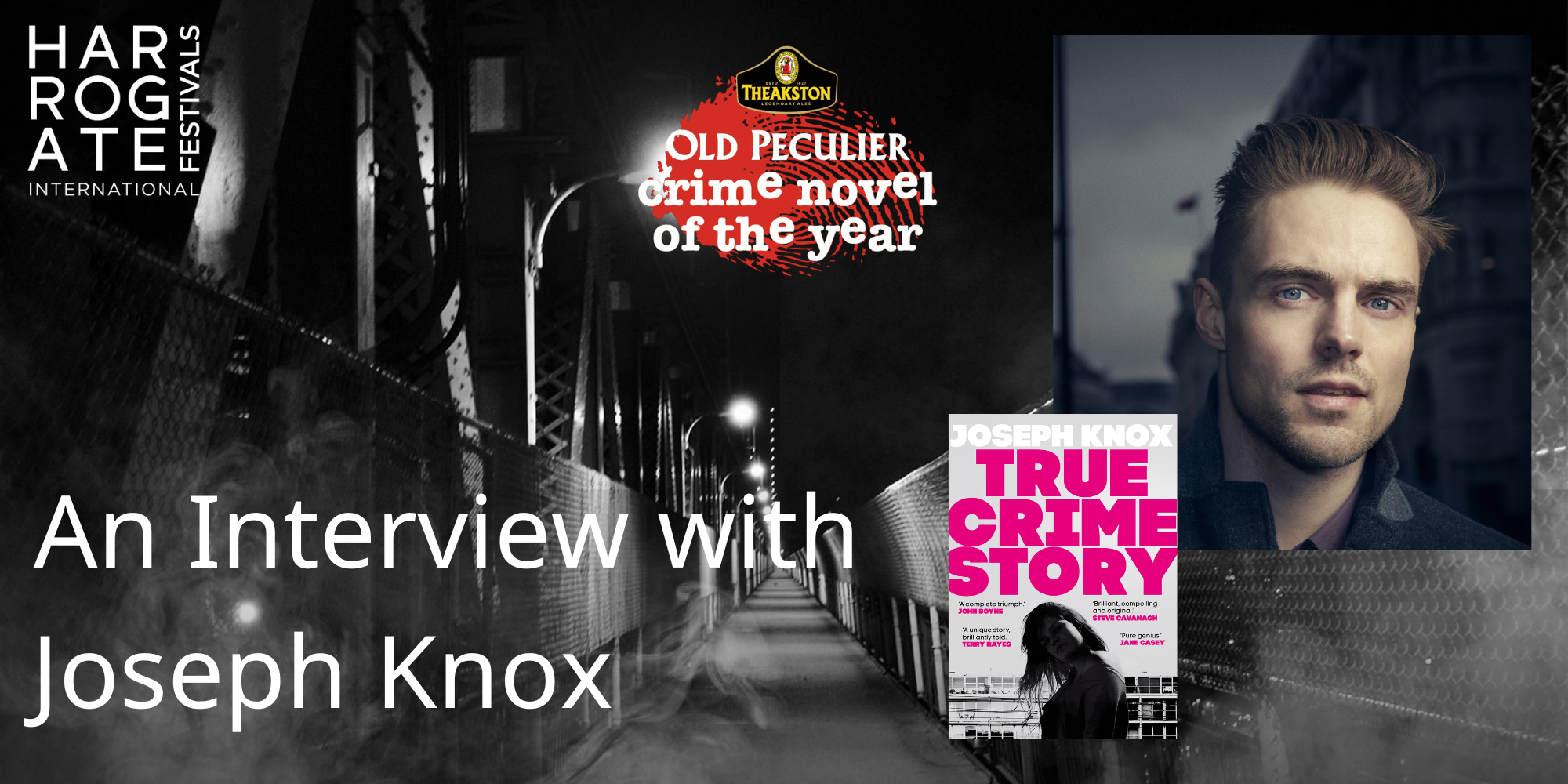 An Interview with Joseph Knox

We were thrilled to have the opportunity to ask Theakston Old Peculier Crime Novel of the Year Shortlistee Joseph Knox all of our burning questions.

Read on to find out Joseph’s writing quirks and what he’s most looking forward to at the Theakston Old Peculier Crime Writing Festival this year.

And don’t forget to cast your vote to decide who will take home the UK and Ireland’s most coveted crime fiction writing award.

We like to start our interviews by asking our authors to introduce themselves. Can you tell our readers a little about yourself?

My name’s Joseph Knox, and I’m originally from Stoke-on-Trent, but have spent many years in Manchester and London. My debut novel, Sirens, was the first in the Aidan Waits trilogy, and Val McDermid picked it as one of her four New Blood books in 2017. Since then, I’ve written The Smiling Man, The Sleepwalker, and my first standalone novel, True Crime Story.

When did you start writing fiction? What made you want to start the long, often arduous, process of writing a book?

I started writing when I was a little boy, mainly because I was an insomniac. The only books in the house were those fake red leather Readers Digest things that you inherit from old relatives, Conan Doyle, Dickens, the Brontes. Because I was bored at night, I read them quite quickly, then had nothing left afterwards, so started writing my own.

As to why I wanted to write a novel, I guess writing became a way of working through the problems in my life, and at a certain point, I had enough of them to fill a book!

What’s the most difficult part of writing a crime book?

For me, it’s the isolation, which I know isn’t strictly a part of writing a crime book, but it’s certainly a part of writing. When I’m working on a book, I tend to work around the clock (that pesky insomnia, again), so I can go months without really seeing anyone.

One thing we always love to know, what does your typical writing day look like?

IDEALLY: up early, a coffee, headphones, handwrite for a couple of hours, type up in the afternoon, edit/read over in the evening. I try to get a run in before dinner, as it can help to reset after a long day staring at the book. Annoyingly, my brain only really shifts into high gear late at night, so my typical writing day runs long.

We’ve heard of some unusual writing habits over the years, what would you say is your most interesting writing quirk?

I don’t know if it’s unusual, but I handwrite everything, then type it up. Sometimes that’s a real pain if I get in the groove, because I’ll have dozens of pages of barely legible scrawl to translate into English.

Which writers have influenced your own writing the most?

Wow – very hard to narrow them down. John Fowles’ The Magus completely changed my life. I read it as a lovelorn teen, and still find traces of its DNA in my writing. I had similar experiences with Dickens, especially A Tale of Two Cities. Then, when I was in my late teens, I discovered hardboiled noir: Ross MacDonald, Dashiel Hammett, Dorothy B. Hughes, Margaret Miller, Walter Mosely, etc, which brought me to more modern writers, working in the same mode, James Ellroy, David Peace, Cathi Unsworth, and finally to the contemporary British crime novel, which I remember being shocked to learn of! Of those, the ones who got their hooks into me young and most influenced me were Ian Rankin and Val McDermid, I loved how different their books felt to the (mostly) American stuff I’d been reading, and from there, fell hard for Tartan Noir, too.

I can’t say all this without mentioning Raymond Chandler, though. I was obsessed with Bogart as a kid, and when I found out that The Big Sleep was based on a book, and then read it, I fell head over heels in love with crime fiction. His is inescapably the biggest influence on my writing style, I think.

Oxblood by Tom Benn. It follows three generations of working-class Mancunian women, all living in the shadows of male violence from deceased gangland relatives. Tom spent something like 8 years refining it into a lean, mean novel about race, class, the shockwaves of male violence, and the pieces that women are generally left to pick up.

What would winning the Theakston Old Peculier Crime Writing Novel of the Year Award mean to you?

I went to Harrogate for the first time TEN YEARS AGO, in 2012, as an unpublished writer, trying to work out how it’s done. At the time, I was entering every short story competition I could find. One of them had tickets to Harrogate as the prize, and I won it. Everyone was so kind and encouraging to me that I don’t think I’d be a professional writer without it. Then, five years later, when my debut finally came out, Val chose it for her New Blood panel. To be shortlisted for book of the year five years after that is simply the best thing I can think of. Winning? I don’t win things, and honestly can’t imagine. But just being on the shortlist’s beyond my wildest dreams.

Which event at the Theakston Old Peculier Crime Writing Festival are you most looking forward to? 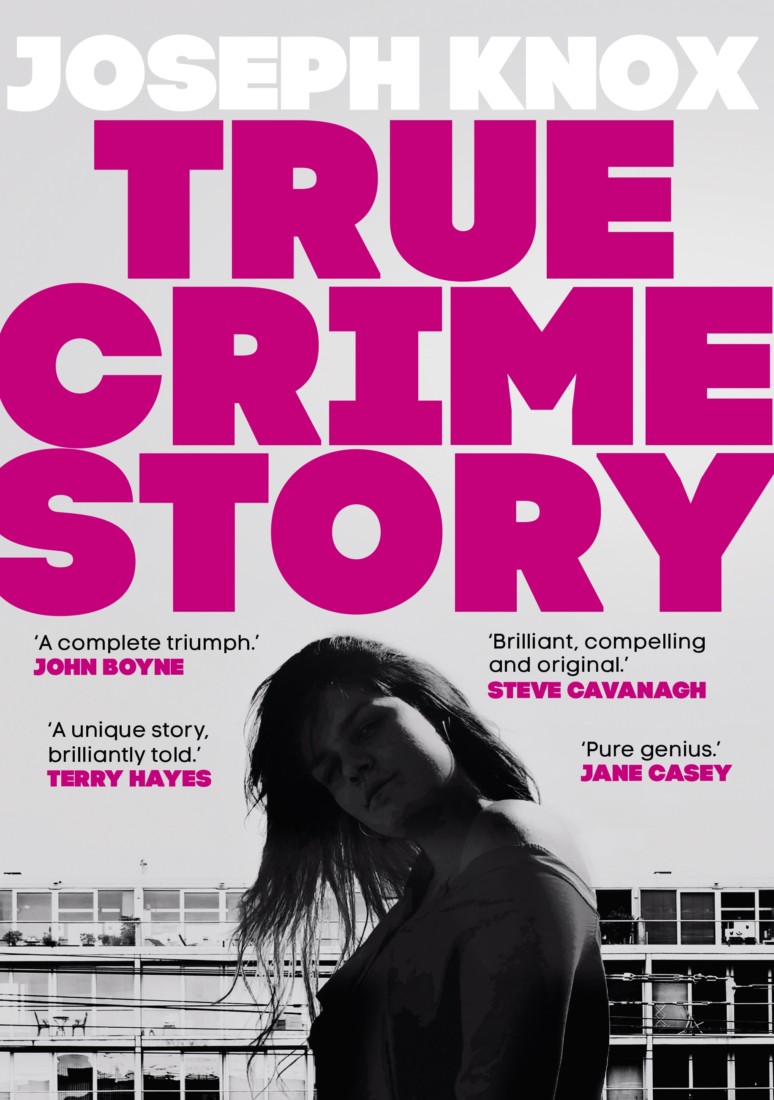 ‘What happens to those girls who go missing? What happens to the Zoe Nolans of the world?’ In the early hours of Saturday 17 December 2011, Zoe Nolan, a nineteen-year-old Manchester University student, walked out of a party taking place in the shared accommodation where she had been living for three months. She was never seen again. Seven years after her disappearance, struggling writer Evelyn Mitchell finds herself drawn into the mystery. Through interviews with Zoe’s closest friends and family, she begins piecing together what really happened in 2011. But where some versions of events overlap, aligning perfectly with one another, others stand in stark contrast, giving rise to troubling inconsistencies. Shaken by revelations of Zoe’s secret life, and stalked by a figure from the shadows, Evelyn turns to crime writer Joseph Knox to help make sense of a case where everyone has something to hide. Zoe Nolan may be missing presumed dead, but her story is only just beginning.

Joseph Knox was born and raised in and around Stoke and Manchester, where he worked in bars and bookshops before moving to London. He runs, writes, and reads compulsively. His debut novel Sirens was a bestseller and has been translated into eighteen languages. The Smiling Man and The Sleepwalker are the second and third books in the series. True Crime Story is a standalone. 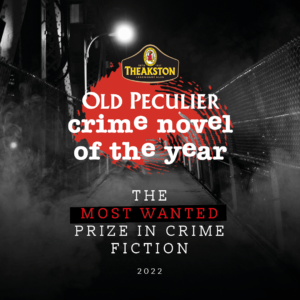