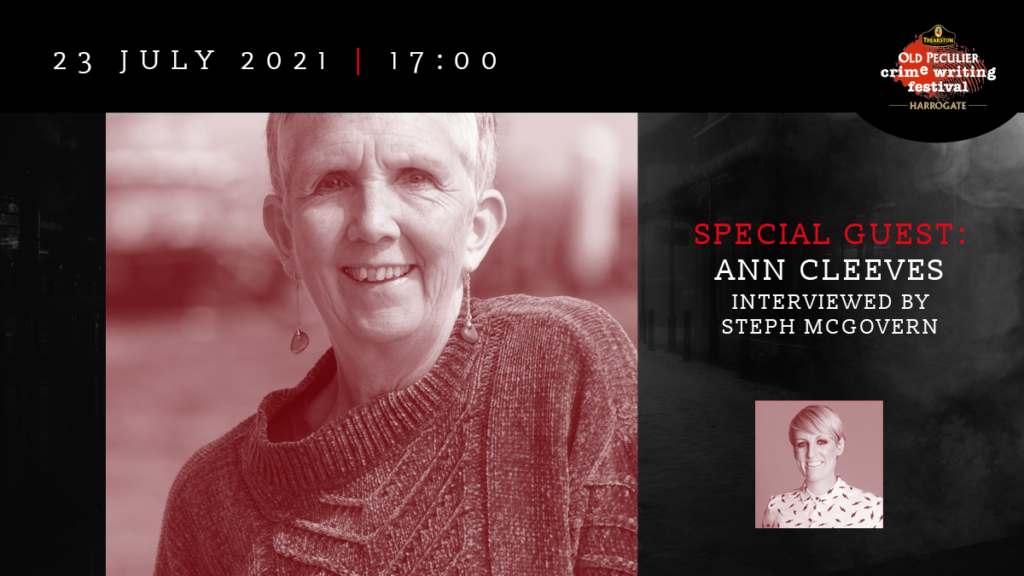 Ann is the author of two of the best-loved detective series of this century, both of which have been adapted into hugely successful televisions shows with fans around the world.

It was the creation of the iconic, unconventional DI Vera Stanhope that first endeared Ann’s work to millions of readers. Memorably brought to life by actress Brenda Blethyn, Vera featured in nine novels as well as ten series of the ITV drama. Remarkably, Ann repeated the feat with eight books in the outstanding Shetland series, featuring DI Jimmy Perez, which were adapted to great acclaim by the BBC.

Ann will also be talking about her latest character, Detective Matthew Venn, sharing some exclusive details on The Herons’s Cry coming this September. An ITV drama based on The Long Call, the first in this series, is in production for ITV drama.