THE EVENT DATE HAS NOW PASSED

Three fantastic speakers return for our second Berwins Salon North of the year. This month, we are exploring revolutionary women in history, how they have paved the way for empowered women of the 21st Century and what we can do today to avoid being side-tracked by culturally learned behaviours.

Anne Dickson explores the art of assertiveness and the ‘Compassion Trap’ of being governed by a desire to please, whilst also looking at how clear, honest and direct communication can teach us to take charge of our own feelings and behaviour, without blaming others. Kate Fox will be taking us on an entertaining and eye-opening journey through the lives of extraordinary northern women, from rebels to writers to astronauts, whose lives and achievements have too long been hidden. Finally, Nan Sloane will be bringing to light forgotten female heroes of history, many of whom played a part in developing political ideas and freedoms as we know them today, and dissecting why they have frequently been pushed into asides or footnotes, dismissed as secondary, or spoken over, for, or through by men and sometimes other women. 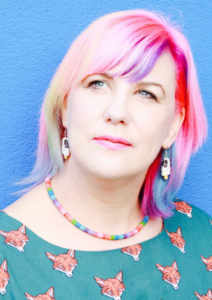 Where There’s Muck, There’s Bras: The Lost Stories of the Amazing Women of the North

Kate Fox works mainly as a stand-up poet and as a broadcaster and speaker. She is a familiar radio voice, having presented Pick of the Week on Radio 4 and been a regular contributor to Radio 3’s The Verb, among many other broadcasts. She has been Poet in Residence for the Great North Run, Glastonbury Festival and Radio 4’s Saturday Live. She’s also a gentle activist and campaigner for the voices of Northerners, the working class, women and the neurodiverse to be heard; mainly by teaching and running workshops in schools and community groups – and by speaking, writing, raising awareness and tutting at injustice and inequality.

In her newest publication Where There’s Muck, There’s Bras: The Lost Stories of the Amazing Women of the North, she explains how astonishing northern trailblazers laid the ground for modern stars, from Victoria Wood to Little Mix. The book began as a stage show, which has been touring around the UK since 2019. 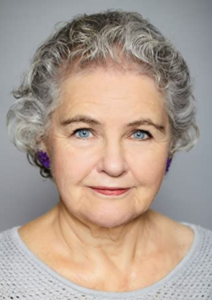 Nan Sloane is an author, trainer and speaker with an interest in the role of women in the public space, particularly in politics and the Labour Party. An experienced trainer and facilitator, she has worked both in the UK and abroad, delivering workshops and training courses from the Balkans to Botswana on subjects such as political development and leadership skills.

Her newest book, Uncontrollable Women: Radicals, Reformers and Revolutionaries, is a history of radical, reformist and revolutionary women between the outbreak of the French Revolution in 1789 and the passing of the Great Reform Act in 1832. In this book, they take centre stage in both their own stories and those of others, and in doing so bring different voices to the more familiar accounts of the period. She lives in Leeds, and is a long-standing Leeds United season ticket holder. 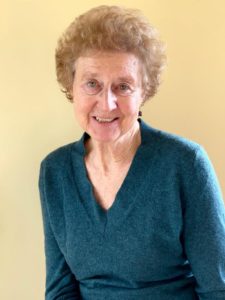 A Woman in Your Own Right

Anne Dickson is a psychologist, counsellor, trainer and writer with over forty years’ experience of teaching communication skills and management of emotions. She has led training extensively in the UK and internationally – including in Ireland, Scandinavia, Switzerland, Hungary, South Africa and Japan – and for a wide range of private and public groups and organisations.

She is the author of several books, including The Mirror Within and Difficult Conversations. A Woman in Your Own Right, her first book, was originally published in 1982, remaining in print ever since, and has been translated into thirteen languages. As the book celebrates it’s 40th Anniversary and the publishing of a new edition this year – Anne will share with us her thoughts on what has and hasn’t changed in the four decades since it first appeared.

DATE FOR YOUR DIARY

Our next Berwins Salon North will be on Thursday 19th May 2022. Line up will be announced shortly, however if you would like to secure your place, please follow the link below to book now.