What is your writing process? What does your typical day, when writing, look like?

I write full-time, but that doesn’t mean I’m in the chair from dawn to dusk.

On the first draft, I try to stay in touch with the manuscript each day, even if it’s just re-reading the last thing I wrote, or getting down a few hundred words. Mostly, however, I’ll spend one to two hours of actual writing, with a number of hours around that either planning, procrastinating, or doing other work. 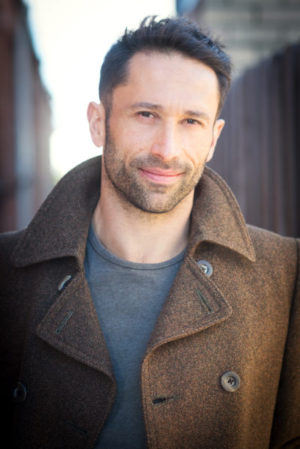 I’ve actually come to view procrastination as an important part of the process (though perhaps it’s wishful thinking). Similarly, time away from the work is often fruitful – I run or cycle each day, and during those breaks a plot issue will sometimes resolve, or a new idea will appear. This also sometimes occurs when I’m walking my dog, Millie – a very highly strung Staffordshire Bull Terrier.

Was there a particular incident or person that provided the inspiration for INTO THE RIVER? Where did the idea come from?

I remember reading one particular article in a police journal many years ago. It featured a story (written by the investigating officer) in which a wheelie bin containing human remains was found in a river. It was a fascinating investigation, and very difficult to solve, as the bin had been transported many hundreds of kilometres from where the crime had been committed.

And although it wasn’t until years later that I began writing Into the River, the story lingered in my consciousness.

Have you always been a writer? Was novel-writing something you’d always known you would do?

From a young age, I loved books and writing. I was raised in a small town in country Australia (where Into the River is set) and I used to steal Stephen King novels from my older brother’s bookshelf. I revelled in those dark, often terrifying, imaginary worlds.

But when it came time to choose a career, I followed my older brothers into the legal system. They all work for the police (the eldest a forensic scientist, the second a prosecutor, and the third a criminal records officer), so I’ve always been surrounded by – and attracted to – stories about crime.

I studied criminal justice at university and worked in a variety of policy and political roles for about a decade – they were fascinating jobs, and I came to know the system intimately, especially the prisons.

During that time, I still loved reading (and writing), but it took a serious bike accident for me to decide to make the leap to writing full-time. I realised it was important to give it a proper crack – I didn’t want to die wondering.

Though, to be honest, when I started Into the River, I didn’t know it would become a novel. It began as a short story, but the characters wouldn’t leave me – I needed to discover more about their world, and that’s where the story began.

How do your characters develop? Do you find that your characters take on a life of their own when you are writing? Or are you always completely in control of what they say and do?

I come to know the characters as I’m writing them – it’s a journey for me as a writer (as it is for the reader).

But when a character becomes fully realised, it is as though they have a life of their own. I don’t tend to map out plot, so I rely on the characters (and their personality traits) to determine where the story may lead. I’ll come to know instinctively what a character will or won’t do in a given situation, and that will drive the plot.

Even when I’m finished writing, these characters live on … I’m not sure Fab and Ben from Into the River will ever leave my side.

Where do you draw inspiration from for your settings and characters?

For Into the River, the settings are very much drawn from my experience growing up in the region. It was very remote, flat, farming country, and the urban environment seemed a million miles away. On the horizon, a rugged mountain range gave a solemn, symbolic backdrop to my childhood years, and it also features in the story.

The characters sometimes begin from snippets of real life – half-heard comments of strangers, behaviours of people you know, or the idiosyncrasies of those you might have worked with. Others come from somewhere unknown – perhaps the unconscious – and are completely fictional. Either way, my stories always begin with character.

One particular character from Into the River has his roots in an amalgam of people I’ve come into contact with.

When I was growing up, my parents owned a country hotel. There was a goldmine in the town, and itinerant miners often stayed in the pub while they worked.

These rough, lonesome, and hard-drinking labourers fascinated me as a child, but also made me wary. And I think the character of Ronnie (who features in the novel) has his roots in these men.

When you are not writing, what do you do to relax? What types of books do you read for pleasure?

As mentioned, I exercise quite a lot – usually running and cycling. I used to run competitively, but now it’s more of a solo, meditative pursuit.

My own reading – like my writing – explores the darker corners of humanity. I’m not sure exactly why, but I’m always drawn to those at the margins of society.

I especially love Cormac McCarthy, and The Road is an all-time favourite. What I enjoy about McCarthy is the respect he shows readers – he explains almost nothing of the interiority of his characters, instead showing their actions and words, allowing the reader space to make their own judgements and interpretations.

But my reading isn’t all doom and gloom. Recently, I loved Sally Rooney’s Normal People, which gave such a tender, nuanced portrayal of a relationship marred by miscommunication. And Andrew Sean Greer’s Pulitzer Prize winning Less is a fantastically joyful read, following the misadventures of a mid-list author struggling to come to terms with middle-age.

Now that INTO THE RIVER has been published, what does the next year have in store for you?

I’m currently busily touring my second book here in Australia, The Rip, which I’m thrilled to say will be released in the UK by Legend Press in 2020. It’s a gritty, urban crime novel told from the perspective of a homeless woman, sleeping rough on the city streets.

I’m also working away on my third book, which I’m enjoying. I am, however, one of those authors who is deeply superstitious about discussing work before it’s finished, so watch this space …

And you never know, I might just get over to the UK at some stage this year. Fingers crossed. 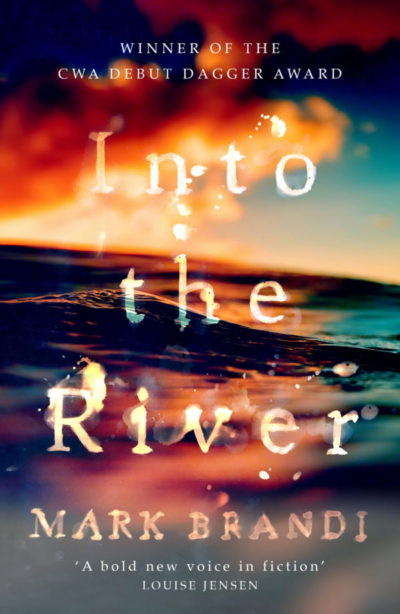 INTO THE RIVER IS OUT NOW!