Berwins Salon North returns this May

What Makes Us Human

In a time of polarised debate and online shouting it is Berwins Salon North that gives you the time and space to learn from the experts and make up your own mind. This cabaret style evening is designed to change your life for the better, and excite your curiosity.

We present the most stimulating ideas in arts, science and psychology. Each expert speaker has the challenge of engaging their audience within a 25 minute set, interspersed with intervals and time for a well-crafted G&T. Our Salon evenings are Harrogate’s own style of live TED talks, where you’re guaranteed to learn something new about yourself and the world around you.

In May’s Berwins Salon North we learn What Makes Us Human.

Hear from Natalie Haynes, who has forged a career making the ancient world accessible to lay-people, through her books, radio broadcasts and stand-up comedy. Her breakthrough novel was 2019’s A Thousand Ships, which retold the saga of the Trojan War from an all-female perspective and was shortlisted for the Women’s Prize for Fiction. Here in Harrogate she’ll talk about her latest publication Pandora’s Jar – a collection of essays about women in Greek myths and why their stories matter today. Acclaimed author and producer Horatio Clare shares his personal story of breakdown, sectioning, psychiatric treatment, and recovery and how the power of love can heal us, detailed in his latest book Heavy Light: a Journey Through Madness, Mania and Healing described by the Sunday Times as ‘a gift……..having such an articulate agent, reporting back from the far edges of the mind’. Our final speaker Melanie Challenger teaches us  that humans are the most inquisitive, emotional, imaginative, aggressive and baffling animals on the planet. But how well do we really know ourselves? How to Be Animal offers a radical take on what it means to be human and argues that at the heart of our psychology is a profound struggle with being animal. 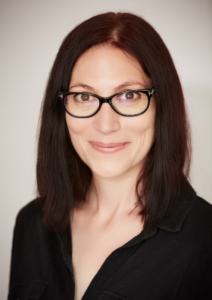 Natalie Haynes is a writer and broadcaster and – according to the Washington Post – a rock star mythologist. Her first novel, The Amber Fury, was published to great acclaim on both sides of the Atlantic, as was The Ancient Guide to Modern Life, her previous book. Her second novel, The Children of Jocasta, was published in 2017. Her retelling of the Trojan War, A Thousand Ships, was published in 2019. It was shortlisted for the Women’s Prize for Fiction in 2020. It has been translated into multiple languages. Her most recent non-fiction book, Pandora’s Jar: Women in the Greek Myth was published in Oct 2020, and Margaret Atwood liked it.

She has spoken on the modern relevance of the classical world on three continents, from Cambridge to Chicago to Auckland. She writes for the Guardian. She is a regular contributor to BBC Radio 4: reviewing for Front Row and Saturday Review, appearing as a team captain on three seasons of Wordaholics, and banging on about Juvenal whenever she gets the chance. Six series of her show, Natalie Haynes Stands Up for the Classics, have been broadcast on Radio 4: all series are available now on BBC Sounds.

The Greek myths are among the world’s most important cultural building blocks and they have been retold many times, but rarely do they focus on the remarkable women at the heart of these ancient stories and when they do, those women are often painted as monstrous, vengeful or just plain evil. In Pandora’s Jar, Natalie Haynes redresses this imbalance. Taking Pandora and her jar (the box came later) as the starting point, she puts the women of the Greek myths on equal footing with the menfolk. After millennia of stories telling of gods and men, be they Zeus or Agamemnon, Paris or Odysseus, Oedipus or Jason, the voices that sing from these pages are those of Hera, Athena and Artemis, and of Clytemnestra, Jocasta, Eurydice and Penelope. 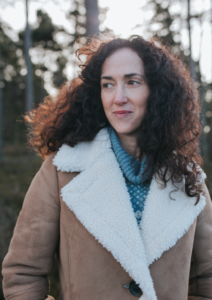 How To Be Animal: What it means to be human

Melanie Challenger works as a researcher on the history of humanity and the natural world, and environmental philosophy. She is the author of On Extinction: How We Became Estranged from Nature. She received a Darwin Now Award for her research in the Canadian Arctic, and the Arts Council International Fellowship with the British Antarctic Survey for her work on the history of whaling.

Humans are the most inquisitive, emotional, imaginative, aggressive and baffling animals on the planet. But how well do we really know ourselves?  How to Be Animal offers a radical take on what it means to be human and argues that at the heart of our psychology is a profound struggle with being animal. Tracing the history of this thinking through to its far-reaching effects on our lives, and drawing on a range of disciplines, Challenger proposes that being an animal is a process, beautiful and unpredictable, and that we have a chance to tell ourselves a new story; to realise that if we matter, so does everything else. 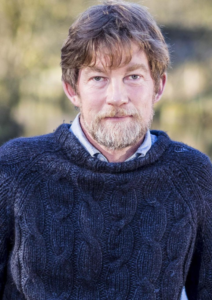 Heavy Light: A Journey Through Madness, Mania and Healing

Travel writer, memoirist and children’s author Horatio Clare read English at the University of York and later worked as a BBC radio producer on cultural programmes ‘Front Row’, ‘Nightwaves’ and ‘The Verb’. As a freelance journalist he has contributed numerous travel pieces to newspapers and magazines, as well as to ‘From Our Own Correspondent’ on BBC Radio Four.

Running for the Hills (2006), a memoir of his childhood on a sheep farm in West Wales, was nominated for the Guardian First Book Award, and received a Somerset Maugham award. Its autobiographical sequel, Truant: Notes from the Slippery Slope (2007), detailed his descent into and recovery from drug addictions and mental problems. He was shortlisted for the Sunday Times Young Writer of the Year Award in 2007. He was awarded the 2015 Stanford Dolman Book of the Year for Down to the Sea in Ships (2014), an account of two voyages on container ships. His first book for children, Aubrey and the Terrible Yoot, published in 2015, was shortlisted for the Branford Boase Award. While continuing to travel the world, he divides his time between London, Wales and West Yorkshire.

Heavy Light is the story of a breakdown: a journey through mania, psychosis and treatment in a psychiatric hospital, and onwards to release, recovery and healing. After a lifetime of ups and downs, Horatio Clare was committed to hospital under Section 2 of the Mental Health Act. From hypomania in the Alps, to a complete breakdown and a locked ward in Wakefield, this is a gripping account of how the mind loses touch with reality, how we fall apart and how we can be healed – or not – by treatment.