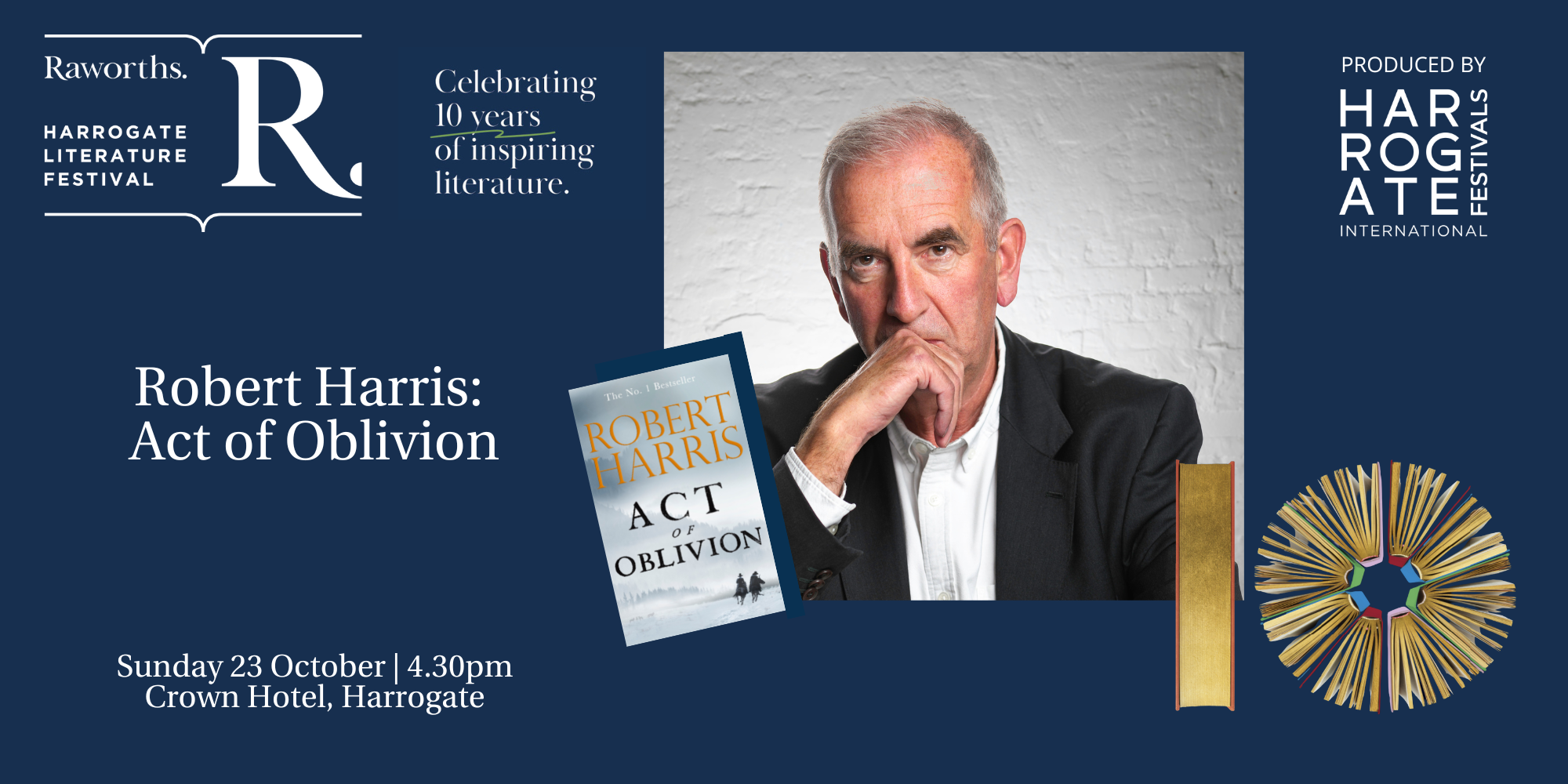 Bestselling author Robert Harris discusses his latest book, Act of Oblivion – an epic journey across continents and a chase like no other.

1660. Colonel Edward Whalley and his son-in-law, Colonel William Goffe, cross the Atlantic. They are on the run and wanted for the murder of Charles I. Under the provisions of the Act of Oblivion, they have been found guilty in absentia of high treason. In London, Richard Nayler, secretary of the regicide committee of the Privy Council, is tasked with tracking down the fugitives. He’ll stop at nothing until the two men are brought to justice. A reward hangs over their heads – for their capture, dead or alive.

Step on board for a globe-trotting journey with the master of the historical novel as he is joined by journalist, broadcaster and author Mark Lawson.