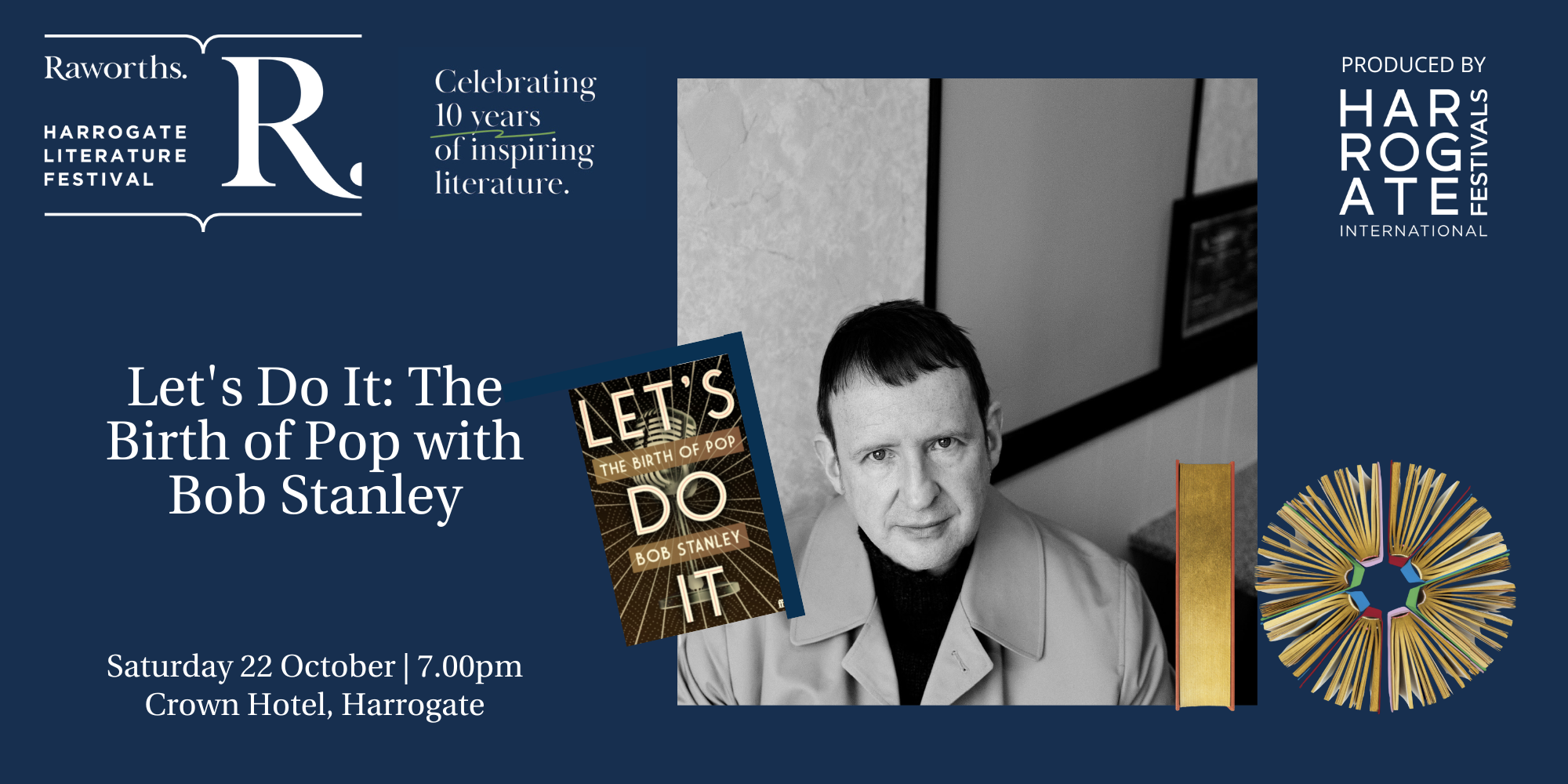 Let’s Do It: The Birth of Pop with Bob Stanley

Pop music didn’t begin with the Beatles in 1963, or with Elvis in 1956, or even with the first seven-inch singles in 1949. There is a pre-history that can be traced back to the first recorded music at the turn of the century.

Bob Stanley, writer, musician, DJ and film producer, tells the definitive story of the birth of pop, from the invention of the 78 rpm record at the end of the nineteenth century to the beginnings of rock and the modern pop age. Taking in superstars such as Louis Armstrong, Bessie Smith, Duke Ellington and Frank Sinatra alongside the unheralded songwriters and arrangers behind some of our most enduring songs, Stanley paints an aural portrait of pop music’s formative years in stunning clarity, uncovering the silver threads and golden needles that bind the form together.

Forget everything you think you know about pop music and join Bob Stanley for an eye-opening and finger-tapping journey through the last century. Interviewing Bob Stanley will be radio producer, podcast host and self-described ‘Book Boffin’ Joe Haddow.

‘An absolute landmark/joy/gossip-fest/door to Narnia: the history of pop music before rock’n’roll. Fascinating. I can’t recommend it enough.’ Caitlin Moran