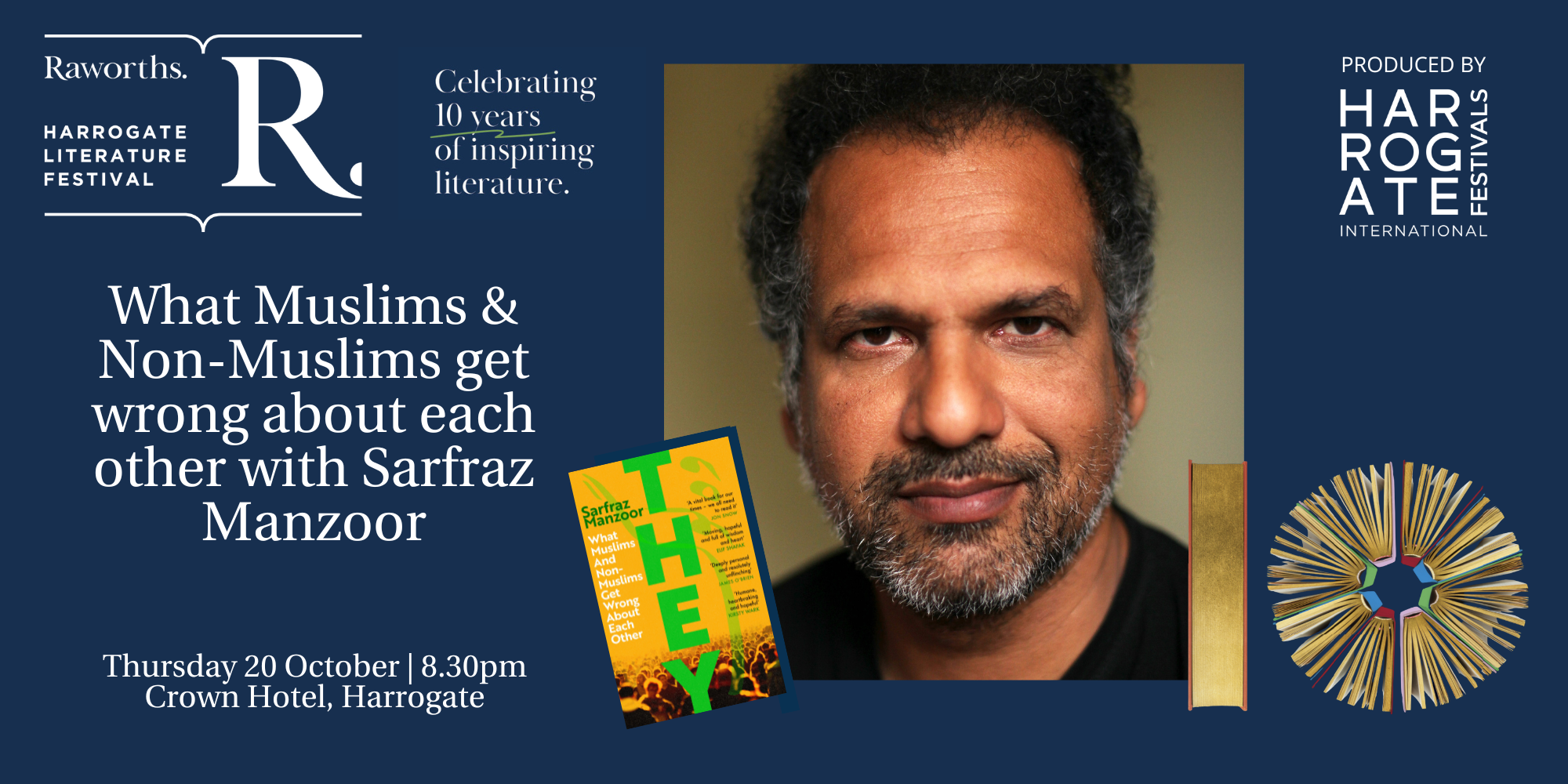 Sarfraz Manzoor is a journalist, author and broadcaster who grew up in a working-class Pakistani Muslim family in Luton. There he was raised to believe that They were different, They had an alien culture and They would never accept him. ‘They’ were white people. In today’s deeply divided Britain we are often told They are different, They have a different culture and values and They will never accept this country. This time ‘They’ are Muslims.

Weaving together history, reportage and memoir, Sarfraz Manzoor journeys around Britain in search of the roots of this division, and signs of a more positive future. Come along and hear the story of modern, Muslim Britain as it has never been told.

‘This is not another book about the relationship between Muslims and non-Muslims. It is THE book… Absolutely not to be missed.’ – Matthew d’Ancona