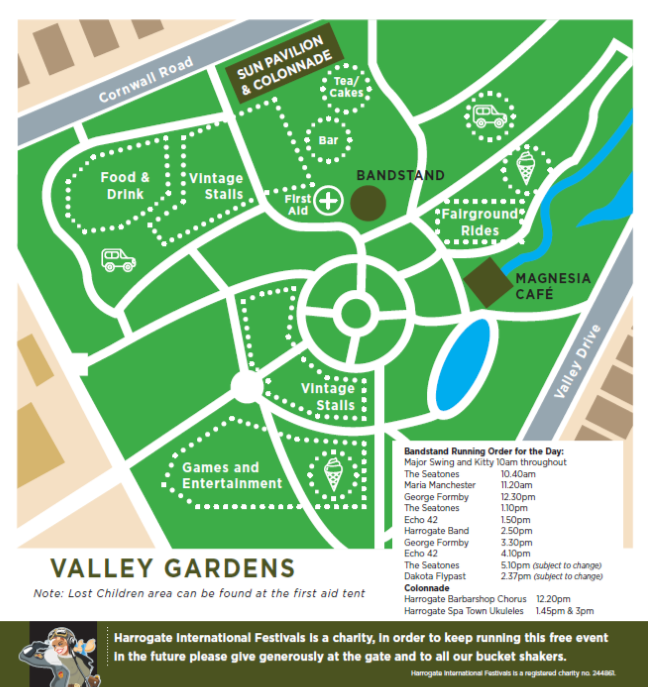 The annual 1940s Day saw the clock being wound back eight decades with a variety of wartime costumes, vintage vehicles and music from the decade that brought us swing and the big-band sounds.

The free community event, attracted more than 40,000 visitors, swith the entertainment throughout the day.

In addition to the main bandstand – which saw performances from Major Swing and Kitty, The Seatones, Maria Manchester, and the George Formby Experience, the gardens held a mini fairground, historic vehicle display and a number of stalls, from food and drink to vintage clothing.

The event also saw a Douglas C-47 Dakota, one of the world’s most famous military transport aircraft, which were used extensively by the Allies during The Second World War make a low-level flypast.

“And if khaki, camouflage and nylons don’t transport you back in time, then the music, vehicles and flypast most certainly will. It’s always terrific fun and a great atmosphere.”