Horatio Clare – What Makes Us Human?

Horatio Clare: What Makes Us Human?

Acclaimed author and producer Horatio Clare shares his personal story of breakdown, sectioning, psychiatric treatment, and recovery and how the power of love can heal us.

Travel writer, memoirist and children’s author, Horatio read English at the University of York and later worked as a BBC radio producer on cultural programmes ‘Front Row’, ‘Nightwaves’ and ‘The Verb’. As a freelance journalist he has contributed numerous travel pieces to newspapers and magazines, as well as to ‘From Our Own Correspondent’ on BBC Radio Four.

Running for the Hills (2006), a memoir of his childhood on a sheep farm in West Wales, was nominated for the Guardian First Book Award, and received a Somerset Maugham award. Its autobiographical sequel, Truant: Notes from the Slippery Slope (2007), detailed his descent into and recovery from drug addictions and mental problems. He was shortlisted for the Sunday Times Young Writer of the Year Award in 2007. He was awarded the 2015 Stanford Dolman Book of the Year for Down to the Sea in Ships (2014), an account of two voyages on container ships. His first book for children, Aubrey and the Terrible Yoot, published in 2015, was shortlisted for the Branford Boase Award. While continuing to travel the world, he divides his time between London, Wales and West Yorkshire. 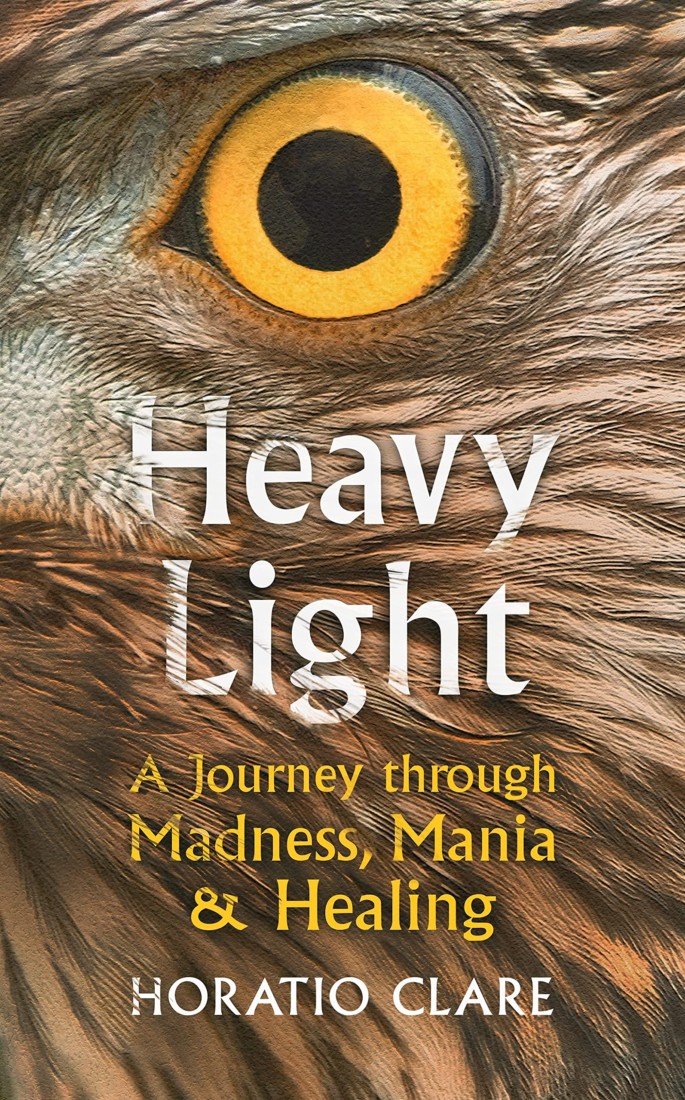 Heavy Light is the story of a breakdown: a journey through mania, psychosis and treatment in a psychiatric hospital, and onwards to release, recovery and healing. After a lifetime of ups and downs, Horatio Clare was committed to hospital under Section 2 of the Mental Health Act. From hypomania in the Alps, to a complete breakdown and a locked ward in Wakefield, this is a gripping account of how the mind loses touch with reality, how we fall apart and how we can be healed – or not – by treatment.