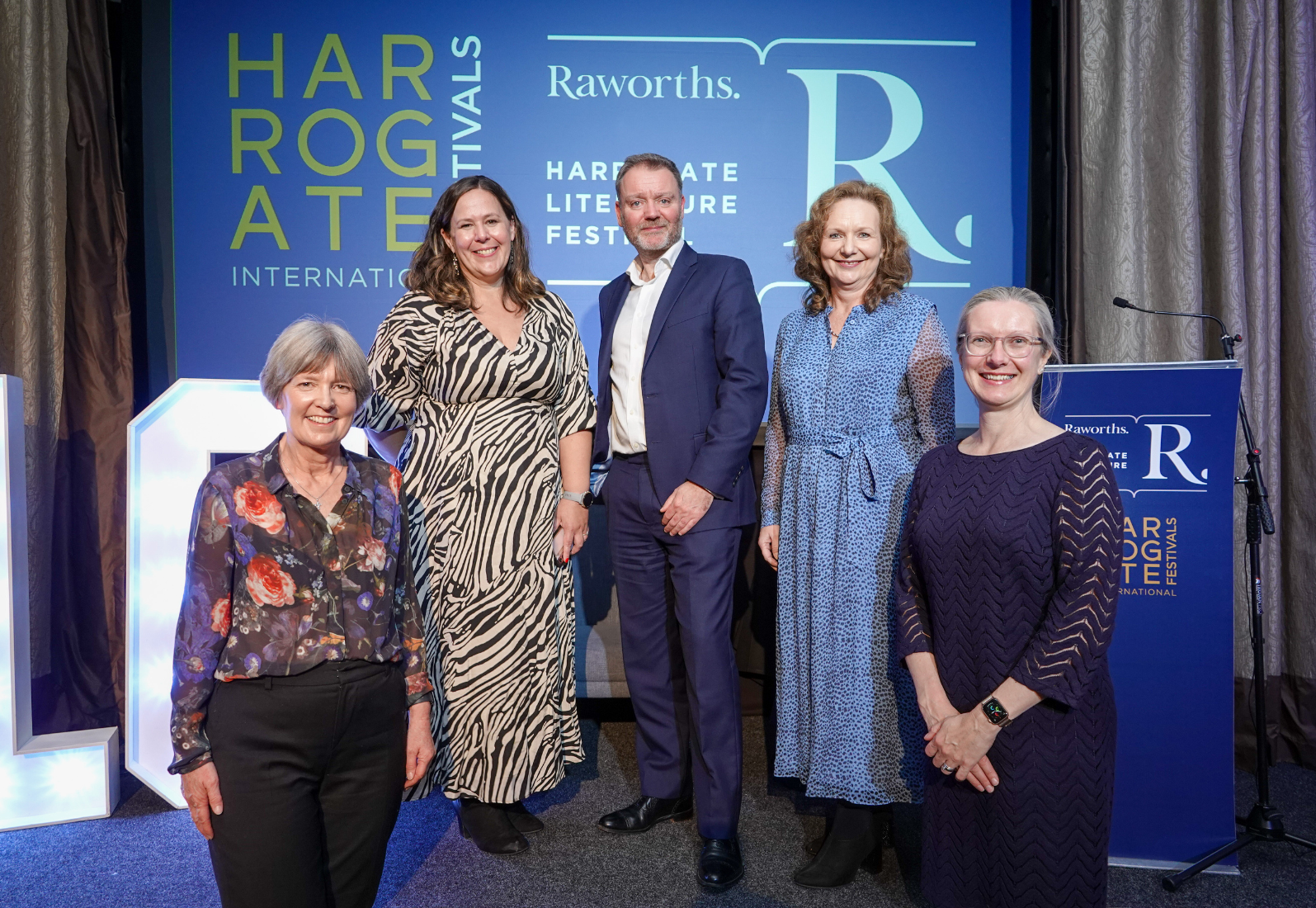 Law firm Raworths has announced its continuing sponsorship of the Harrogate Literature Festival for the next five years.

The pledge was made by its Managing Partner, Simon Morris, at a packed literary lunch at the town’s Crown Hotel, starring Calendar’s Queen of Dictionary Corner, Susie Dent.

This year marked a decade of Raworths association with the annual event, which is curated and produced by Harrogate International Festivals, and named by Harper’s Bazaar as one of the UK’s Best Literary Festivals.

Mr Morris said: “We are very proud to have supported the Harrogate Literature Festival since its inception a decade ago. Over that time it has grown from strength to strength, bringing a diverse array of speakers to Harrogate, enriching the community and promoting the region.

“We are delighted to be committing to the next five years and look forward to working alongside the festival team in continuing to develop this cultural keystone.”

“We are incredibly proud of our relationship, and delighted that the firm has put its faith in us to continue to produce an exciting programme of events as part of our literature festival.

“What began as a series of speakers in our acclaimed ‘Summer Season’, which featured names such as Michael Palin, Richard & Judy and Joanne Harris, with Raworths’ full support has become this prestigious standalone weekend, one that is a key part of the national literary calendar, and recognised as one of the best in the UK.

“Raworths support also helps to bring free family activities and outdoor activations to the Festival line up, which this year included a book trail and a ‘Talking Heads’ large scale interactive digital installation outside The Crown Hotel.”