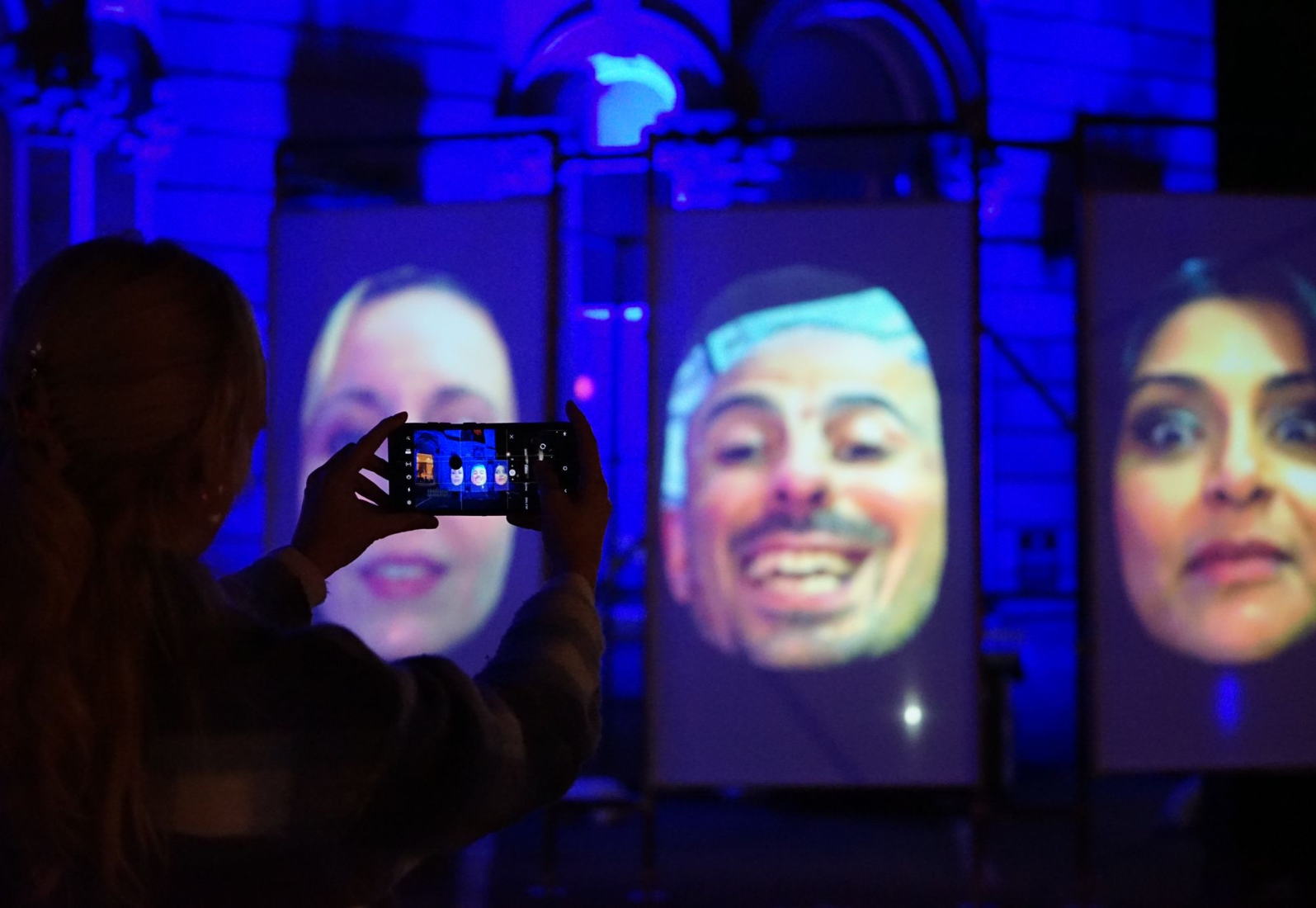 Harrogate celebrated the tenth anniversary of Raworths Harrogate Literature Festival in style this year with a host of exciting activities throughout the town to accompany the Festival’s star-studded line up of household names.

The Festival was held at The Crown Hotel, which also hosted a giant outdoor ‘talking heads’ digital display featuring voiceovers from Grove Road Primary School pupils. In spite of the rain and poor weather, this interactive installation attracted a host of participants, whose faces were projected onto the heads as they talked, sang and told jokes. As a thank you to the children from Grove Road Primary, HIF have made a donation to support the school library.

The Festival distributed hundreds of books through our unique PubLit Trail, providing residents with a map and inviting them to work their way across town and grab a free book from some of Harrogate’s best-loved businesses.

The power of reading to reduce stress, lower blood pressure and improve brain connectivity is well known, and as part of our wellbeing theme this year we celebrated activities that reap the same benefits, including yoga for writing with Stella Duffy, and running with the Early Bird Run Crew for the inaugural Raworths Run.

Meanwhile, local children completed the Harrogate Book Trail, finding hidden QR codes throughout the Pinewoods to discover fascinating facts about books alongside clues that eventually revealed the name of a famous author. The Harrogate Book Trail will remain active until the end of November and is open to everyone to enjoy.

Sharon Canavar, Harrogate International Festivals Chief Executive, said: “I’m delighted with this year’s Raworths Harrogate Literature Festival. Celebrating the 10th Anniversary was particularly special and the feedback from audiences and our guest speakers has been terrific.

“I’d like to thank all the speakers and interviewers, The Crown Hotel for hosting us, and of course Raworths for their continuing support of this annual cultural event. I’m thrilled that they are extending this partnership for another five years.”